Philly to Food Network: How a local producer juggles 'Restaurant Impossible,' Michelle Obama and her own business 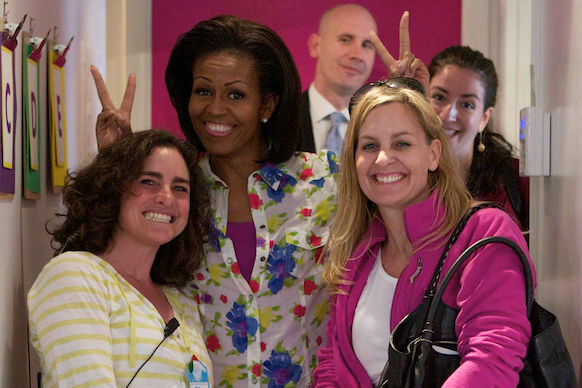 Philly native Jill Littman has produced over two dozen TV series, including the Food Network’s “Restaurant: Impossible” for all 13 seasons as co-executive producer. After three years off the air, Littman returned to the series this year and just wrapped production on the first four episodes.

The University of Delaware alumna who currently resides in Malvern began her career with a Philadelphia production company. She would eventually go on to work for Food Network's "Dinner: Impossible" as a story producer, which would then lead her to “Restaurant: Impossible," which follows Chef Robert Irvine as he attempts to completely redo a restaurant in two days.

PhillyVoice recently sat down with Littman to discuss her career in television and the challenges of producing a reality show about food.

“When ‘Restaurant: Impossible’ [began] I started in post there and then I moved into the field, and there I stayed for the whole run of the show, all 13 seasons," Littman said.

When asked what was the craziest thing that happened on the show, she says, laughing, “We shot 160 episodes so I feel like we’ve seen it all.” She adds, “The thing that sticks out the most in my head is some woman wanted us to leave and she came out and, like, basically cursed at all of us, shook me by the shoulders, saying ‘Get out of here.’ But we did end up actually finishing the show - which is surprising.”

Another memorable episode from ‘Restaurant: Impossible’ involved former First Lady Michelle Obama. “We did an episode where we helped build a garden [at a school] and she came and surprised everybody. She was literally amazing. The Secret Service was like, 'She’s going to stay for one hour,' and then she ended up staying for three hours. She was just a doll, so sweet to everyone on the crew and the kids." 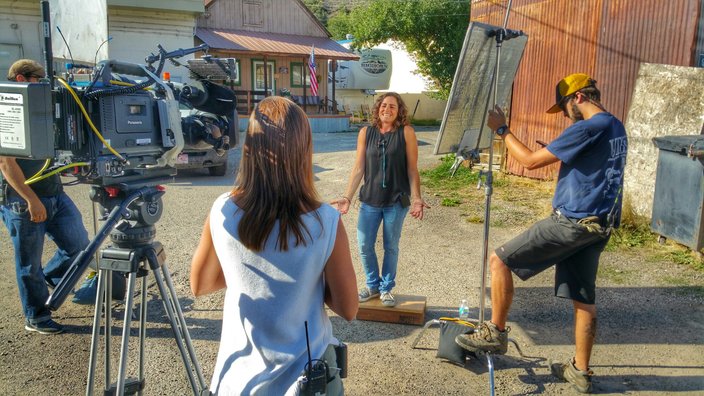 After the show ended in 2016, Littman took a break from producing. During her time away she opened a mommy-and-me franchise, originally started by a close friend of hers, called Songs for Seeds.

"My very closest friend from overnight camp when I was a kid started this business in New York, Apple Seeds and Songs for Seeds." She notes, "As 'Restaurant: Impossible' was kind of winding down I was trying to figure out what to do next and she said, ‘Hey, do you want to open a franchise?' And I was like, 'No.' And then I saw it and it was pretty amazing so I kind of fell in love with the whole program idea."

Song for Seeds is a mommy-and-me styled class for babies and kids up to six years of age, but this early education program is not your average mommy-and-me class. It features a three-piece live band that plays popular music. At the end of each class, the kids can then play with the real instruments and even use the microphone to "sing with the band."

It certainly seems like it would be difficult to balance producing and owning a franchise, but Littman makes it sound easy working from home "doing all the prep, and then I go on location and shoot it. So, when I’m home I’m really home.” She also gets help with the franchise with one of the musicians in the program who now acts as a manager.

But as different as this may sound from a restaurant being redesigned in two days with $10,000, she doesn’t think that the two are all that different from each other. “There’s always a show. There’s people to manage. There’s great moments and then there’s not so great moments. But yeah, it’s a different world, but you’re still dealing with people. It’s just a different kind of people.”

She talks about her favorite part of the program by adding, "It’s fun to have a little piece of helping them grow up and help them have these cool experiences. You can’t help but smile." 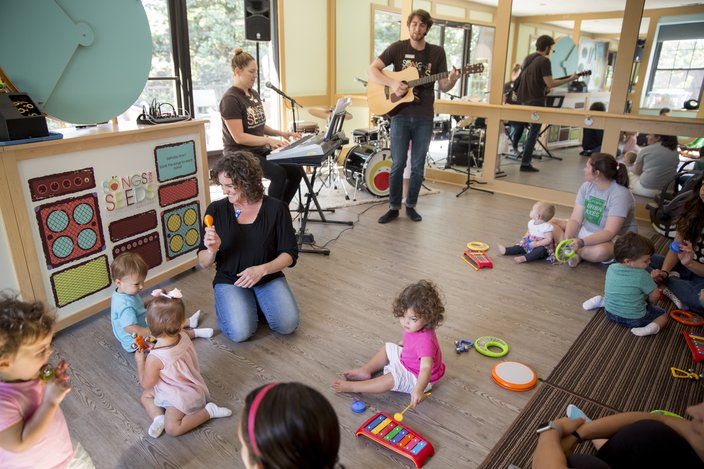 Jill Littman plays with the kids at her Song for Seeds program.

It's this same kind of joy, though, that she gets from working on "Restaurant: Impossible." "You’re trying to make people happy," she says, "Which is why I ended up falling in love with that versus other reality shows. We’re trying to help people and educate people and make them happy and turn their lives around.”

"Restaurant: Impossible" will be back on Food Network in April.  Songs for Seeds will be starting a new semester at the Nest, 1301 Locust St., on March 5. Registration is currently open.