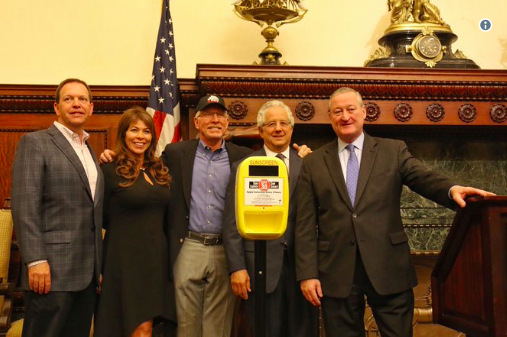 With the season of searing sunlight at our doorstep, the city of Philadelphia is taking a step to ensure that residents protect themselves from exposure.

RELATED ARTICLE: How to choose the right sunscreen SPF

At various locations throughout the city, 20 free sunscreen dispensers will be installed as a service to raise awareness of skin cancer prevention.

The dispensers will be placed at Boathouse Row, Kelly Drive, City Hall, Citizens Bank Park and at other public locations such as parks and swimming pools.

This is the second time in the past year that the city has taken steps to provide a vital resource to residents enjoying the outdoor recreation Philadelphia has to offer. Last year, officials unveiled new water bottle refilling kiosks along Kelly Drive to promote hydration and recycling.