Philly judge: 'I will deal with' attorneys criticizing and protesting controversial decision in probation case 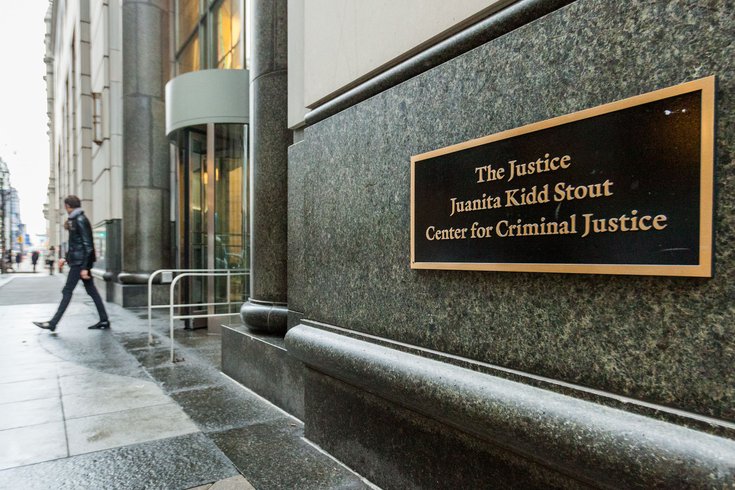 A Philadelphia judge at the heart of a controversy sparked by a new District Attorney’s Office policy on the timing of some probation-violation hearings ruled Thursday to delay the case involved in the battle, but also kept the “special prosecutor” she appointed in place.

Common Pleas Court Judge Anne Marie Coyle also fired back from the bench at eyewitness accounts of a September 20 hearing, which she disagreed with, and the ensuing backlash.

In her estimation – and as reflected on the docket sheet from her courtroom – the state "removed themselves from prosecution in the revocation hearing” of Demetrious Mayfield, who was arrested on weapons and drugs charges less than two months after pleading guilty to prohibited possession of a firearm.

Others involved in the case publicly stated that Coyle appointed a defense attorney as "special prosecutor" after an assistant district attorney said he was under “strict instructions not to proceed” with a motion to bring Mayfield before the judge for a revocation hearing prior to hearing the recent arrest case.

Though Coyle claimed the “notes of testimony” would support her claim in what's become a battle of semantics, defense attorney Joseph Coleman stood by his version of events – that she removed the ADA from the case – which led to a trio of lawyers protesting outside the Criminal Justice Center on Tuesday.

The DA’s Office notice of appeal to Superior Court cited “the Honorable Anne Marie Coyle’s September 19, 2018 order appointing a special prosecutor” and makes no reference to prosecutors willingly removing themselves from the case.

'I STILL STAND BY THAT STATEMENT'

On Thursday morning, Coleman, Mayfield and representatives of the DA’s office – ADA Paul George and Civil Litigation Unit Supervisor Peter Carr – appeared before Coyle for a 90-minute hearing in Courtroom 1002.

While it wouldn’t get as heated as the previous hearing, tensions remained high on both sides of the bench.

Coyle chided the DA’s office representatives regarding her legal standing to appoint a special prosecutor, saying she’s “sorry (they) don’t like the law as it exists, but if (they) don’t like it, tell the legislature.” (The four documents filed by the DA's office since last week can be seen here, here, here and here.)

“It’s the job of the DA’s office to enforce the law as it (stands) … not the law as (District Attorney Larry Krasner) wishes it to be,” she said of the apparent policy to eschew “Daisey Kates” parole/probation hearings before a new charge is heard in court.

Minutes later, the judge maintained that the DA’s office “effectively removed themselves (from the case and) left the court with no other option (but) to appoint a special prosecutor.”

She then turned her attention to Coleman, who said he agreed with the DA’s opposition to Paul Lloyd’s appointment as special prosecutor and that the whole issue is a “violation of Mr. Mayfield’s fundamental right to due process.”

Coleman was denied the chance to call a co-defendant who said the drugs and weapons found in a vehicle leading to Mayfield’s arrest actually belonged to him, not Mayfield. Holding the violation hearing before that case is heard would make calling that witness “impossible,” Coleman said.

“He feels like his rights are being violated. He maintains his innocence." – Joseph Coleman, of his client

The defense attorney also stood by his comments to PhillyVoice last week that Coyle “does not have to authority to appoint a special prosecutor. She has no authority to force them (to have the Daisey Kates hearing). She’s acting as an advocate, not a neutral factfinder. She’s abusing her authority."

After Coyle sternly ordered him Thursday to stop pacing and occasionally looking away from the judge’s bench while speaking, Coleman said the judge “abused” her authority and breached the separation of powers between the executive and judicial branches.

Coyle then questioned why Coleman “liked” posts on Facebook about attorney Michael Coard’s protest outside the courthouse. 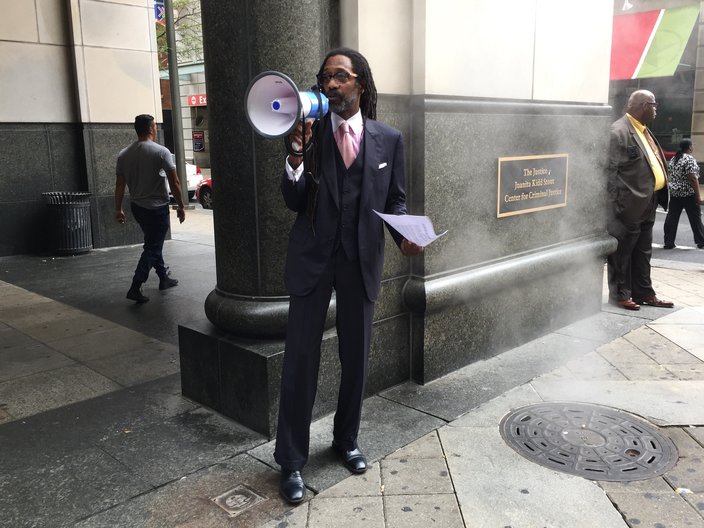 Michael Coard, a Philadelphia defense attorney, protested outside the Criminal Justice Center because of a PhillyVoice story regarding a judge inside removing an assistant district attorney in a case and replacing him with a defense attorney in the role of 'special prosecutor.'

In doing so, per the judge, Coleman went against the “rules of professional responsibility,” the “code of civility” and lent credence to flyers being handed out that contained a “reckless disregard for the truth” and “attacked the integrity of this court.” (She was also angry that a juror could be seen in video of the protest posted by PhillyVoice.)

“There are penalties for that of a disciplinary fashion and other measures of recompense,” Coyle said, noting she “will deal with” the attorneys who protested outside for impacting “the public perception of this court.”

For his part, Lloyd said that he did not receive any threats from DA’s office personnel saying he would “suffer professionally” for serving as special prosecutor, assertions that came after questions from Coyle intimating it may have happened.

The judge then ruled that the violation of probation hearing would be postponed until the appeals court decided on the motions by the prosecutors.

She also decided that Lloyd would remain on the case for an October 18 “preservation of evidence” hearing designed to get testimony on the record in the meantime.

The DA’s representatives on hand, and a spokesman back at the office, declined to comment beyond what was stated in court.

Coleman, the defense attorney, said Coyle “was right” to put things on hold pending the appeal.

He also reiterated that it’s “my recollection” that the ADA in court last week did not remove himself from the case, only stating that he was under orders not to proceed on the motion.

Then, he was asked to comment on his client’s thoughts about being caught in the middle of a high-level battle over the controversial DA’s new policy.

“He feels like his rights are being violated,” Coleman said. “He maintains his innocence and I think he has good trial issues on which he can win.”