The trio allegedly stole nearly $80,000 worth of cell phones from five regional stores 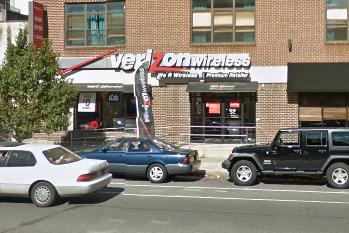 Three Philadelphia men were indicted Thursday for robbing five Verizon Wireless locations, including this one on Spring Garden Street in Philadelphia.

The three men allegedly used a firearm and BB handgun to terrorize owners and employees, according to the U.S. Attorney's Office. To prevent the victims from interfering with the robberies, they allegedly tied their hands with duct tape and rope.

Lewis is charged in three robberies carried out in Philadelphia, Haverford and Deptford. Bennett is charged with the robbery in Plymouth Meeting.

Both Alston and Bennett also are charged with felony possession of a firearm and using and carrying a firearm during a crime of violence.

If convicted, advisory sentencing suggests a prison sentences ranging from 188 to 235 months for Alston, 360 months to life imprisonment for Bennett, and 151 to 188 months for Lewis. Alson and Bennett each face seven year minimum sentences, if convicted.

The FBI investigated the case with assistance from the police departments in Philadelphia, Plymouth Meeting, Haverford and Deptford. The case is being prosecuted by Assistant U.S. Attorney Jose Arteaga.