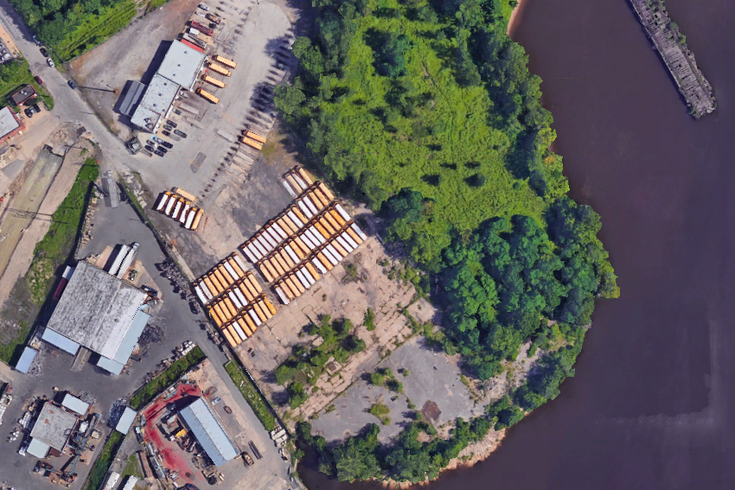 Philadelphia's northernmost River Ward neighborhood is on track to reconnect with the Delaware River waterfront, a scenic treasure dominated by industrial activity for the last several decades.

More than two years after initiating plans to create a public park in Bridesburg, the city's Department of Parks & Recreation revealed this past weekend it has entered the final design phase for a 10-acre green space along the waterfront.

The planned park forms part of a larger vision to revitalize Philly's waterfront under the direction of the nonprofit Delaware River City Corporation (DRCC), whose aim is to execute a greenway plan bringing 11 miles of trails, fields, fishing and recreational space to Northeast Philadelphia.

“The Delaware River City Corporation was founded with a vision of connecting communities along the North Delaware back to the underutilized and formerly inaccessible riverfront areas,” said Robert Borski, Chairman of the DRCC Board. “This Riverfront Park in Bridesburg is a perfect example of how, by reclaiming former industrial riverfront space and redeveloping it for public use, we can achieve that mission.”

For the Bridesburg park, the city has selected design firm Langan to lead a 15-month process that will finalize plans for the 10-acre parcel. The estimated cost of the project, originally conceived through a community engagement fund from the William Penn Foundation, is between $5 million and $7 million.

Officials said the park, intended mostly for passive use, will contain terraced seating with riverfront views, multi-use event space, a stage and unstructured play areas. Once completed, it will connect with the existing Port Richmond Trail and Delaware Avenue Extension.

“This park will connect our residents to the river, to one another, and the natural world," said Parks & Recreation Commissioner Kathryn Ott Lovell. "We look forward to many more projects like this in the future to continue to make Philadelphia one of the greatest park systems in the entire United States.”

The plan comes toward the end of an active year to establish vibrant future green spaces throughout Philadelphia.

In February, Mayor Kenney revealed that the city will commit $90 million toward a 4-acre waterfront park that would cap I-95 between Walnut and Chestnut Streets. Total funding for the $225 million proposal, led by landscape architecture firm Hargreaves and Associates, was secured over the summer with pledges from PennDOT and the William Penn Foundation.

The first phase of the city's ambitious Rail Park project, a revitalization of the Reading Viaduct Trail, also got underway earlier this year.

“The creation of this park will ‘give back’ the Delaware River to the people of Bridesburg," said Philadelphia City Councilman Bobby Henon, "and when completed, will be a huge recreational asset to the community.”