Philly neighborhoods as the signs of the zodiac

Is your neighborhood a taurus or a sagittarius? 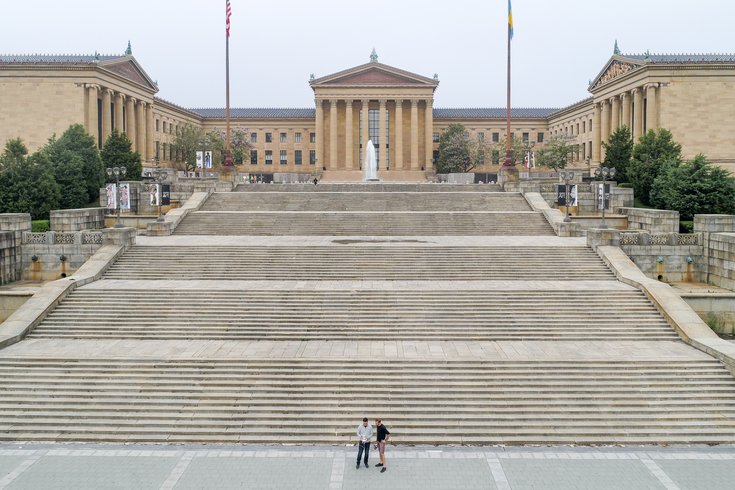 Brett Tiagwad takes a photo with his drone during a photo shoot at the Philadelphia Museum of Art.

Oh, the zodiac, it’s an astrological tool that defines people’s personality traits based on their birthday. Some are big believers, others are not. Whether or not you believe in astrology, Philadelphia’s neighborhoods are full of personality, and these personalities can be just as easily broken down into signs of the zodiac. We defined Philly neighborhoods based on astrology, and you tell us if you think it’s accurate.

This neighborhood is straight to the point, will be the first to yell a truth and not back down from it – might be kind of in your face about it – but isn’t that what you love about it? People can be impatient and somewhat impulsive, but they’re determined and confident, too. This neighborhood may house a strong personality, but at the end of the day, it’s all about teamwork and coming together.

Just like a Taurus, Society Hill is grounded and perhaps a little stubborn, due to its history. (Seriously, though, those cobblestone roads…it’s like driving on rubble.) It’s an affluent and quiet neighborhood that appreciates the finer things in life. It’s not as glitzy as Center City, but it’s a loyal neighborhood to Philadelphia’s history and houses some of the most awe-inducing sights of the city.

Two-sided, this neighborhood is a split between the old and underdeveloped, and the shiny and new. It’s an up-and-coming neighborhood that is on almost every developer’s mind. It’s social and likes to play around. It’s creativity is home to artistic endeavors such as the Kensington Kinetic Sculpture Derby and Arts Festival.

OK, so South Jersey isn’t Philadelphia, but so many people from South Jersey commute to Philadelphia a day it’s kind of hard not to associate it somewhat with the city. Here's why their sign is cancer: They like to stay home, and they like financial stability. They’re close to the water on either side – with the ocean on one side and the Delaware River on the other side. South Jerseyeans' driving is also clearly the driving of someone dealing with a lot of emotions. (Why must you stay in the merging lane on the highway all the way till it ends…when there’s clearly room for you to merge? Are you sad that you have to part with it?)

Rittenhouse is the heart of Center City, and there is nothing more a Leo loves than being the center of attention. It’s a bit flashy and likes to express itself. It’s the heart of the city and it deserves to be treated as such, and if not, how dare you. Rittenhouse clearly has the best park, clearly has the best stores – why are you going anywhere else? This is obviously the best part of the city and deserves to be treated like the king it is, thank you. Also, it's prettier than you.

Modest and filled with common sense, Graduate Hospital is the city’s voice of reason. It’s clean and it likes stability. It can be a very creative community and while creatives may be lackadaisical, this neighborhood can also be detail-oriented and critical of itself.

Old City is vibrant and charming, and there’s little about Old City that isn’t likable. It’s one of those things that you can’t help but enjoy even if it’s not totally your thing. Just like a Libra, Old City will make it your thing. Old City is fair and balanced with the old and the new. It offers a little bit of everything for everyone. History lovers, bar lovers, music lovers – it’s hard to find another neighborhood that caters so much to everyone in one get-go.

Oh, Fishtown. You’re extroverted, optimistic and like change. Also known as the “Williamsburg” of Philadelphia, to some people, Fishtown is generous and idealistic. There's a freedom from corporations this neighborhood deeply enjoys (though Starbucks is coming to Fishtown at some point soon).  Fishtown's embrace of the locale and its highly social demeanor make it very much a Sagittarius.

Northern Liberties used to be what Fishtown was but it has slowly become a more mature, put together, controlled and somewhat disciplined version of Fishtown. There's a slight perfectionist vibe in this neighborhood. While Norther Liberties is a bit artistic, it lacks the “whatever” attitude Fishtown possesses and is much more structured and prides itself as such. It’s a neighborhood for adults who “adult” and have pride in their success.

Aquarians love intellectual conversation, and what better way to engage in intellectual conversation than going to museums? Fairmount, which houses the Philadelphia Museum of Art, Franklin Institute, Rodin Museum and Barnes Foundation, has all the motivation it needs. Imaginative and curious, Fairmount is highly sociable and progressive. There’s always an event and something fun to do with your friends.

The fact that students occupy this neighborhood so densely is enough, alone, to make this area a Pisces. Maybe it’s a bit more put together than some of the other neighborhoods, due to the University of Pennsylvania’s status, but seriously, what student isn’t lost in a void of school work and life questions making them overly sensitive? It’s also an area of burgeoning creativity thanks to the students’ exploration of self. Pisces tend to love sleeping, exploring romance and their spirituality - which basically describes every college student that has ever existed.

How would you categorize Philly neighborhoods?