Philly woman's body found on side of Pennsylvania road

Police still investigating cause of death 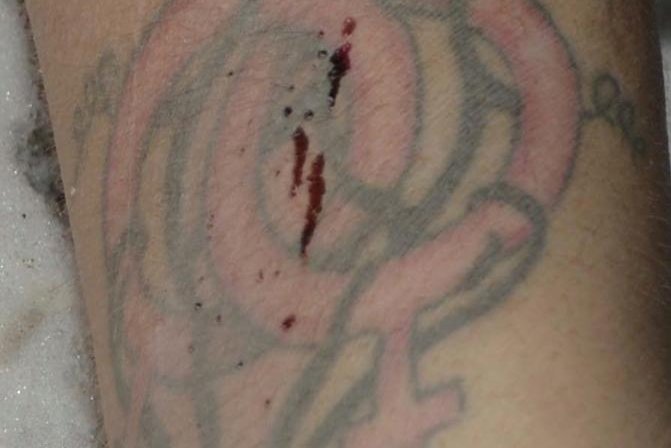 A small trace of blood was found near a tattoo on the arm of Corinne Pena, of Philadelphia, whose body was discovered on the side of the road in Centre County, Pennsylvania. Authorities said the blood appeared to be from a superficial, not traumatic, injury.

Authorities have identified a Philadelphia woman whose body was discovered on the side of the road in Central Pennsylvania.

Ferguson Township officials said Wednesday that it was Corinne Pena, 35, of the Philly area, whose remains were found along Plainfield Road in Ferguson Township, Centre County.

Police are still investigating where Pena was before her body was discovered early Sunday morning.

Authorities said Tuesday there were no signs of traumatic injuries and an autopsy did not reveal an immediate cause of death.

Toxicology tests are pending and their results will not be available for several weeks.

It appears that the woman was taken to the spot of discovery by vehicle and abandoned there sometime between 11 p.m. Saturday and 3:20 a.m. Sunday, according to township officials.

Pena had several tattoos on her arms and legs, including one that read "breeze."

There was a small trace of blood from a scrape near a tattoo on her arm, however, authorities said it appeared to be a superficial, not traumatic, injury.