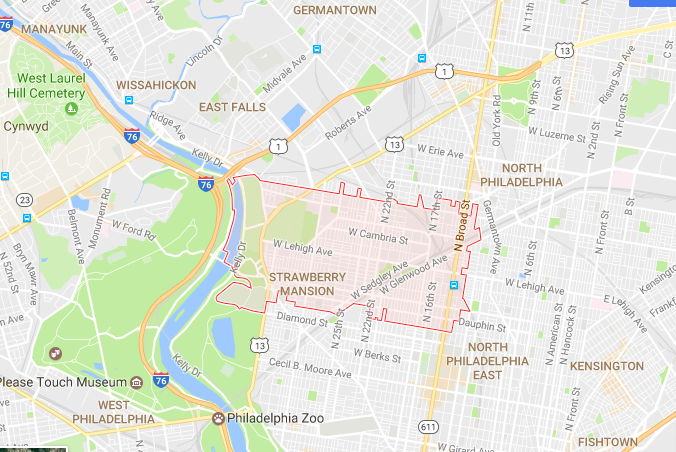 Philadelphia's 19132 ZIP code has the fifth highest car-insurance rates, according to a report from CarInsurance.com.

The good people at CarInsurance.com went ahead and broke down car insurance rates to determine the most and least expensive ZIP codes for such coverage in America.

Lo and behold, drivers in one Philadelphia neighborhood are, on average, paying the fifth-highest rates in all of the land.

Trailing only Detroit, Brooklyn, New Orleans and Coral Gables, Fla. was a section of North Philadelphia that comprises much of Strawberry Mansion and a sliver of the Stanton neighborhood.

Statistics provided by Philadelphia Police Department on Tuesday morning lend some insight into the ZIP code's negative standing with car insurers. In the years between 2014 and 2016, there were 328, 287 and 298 cars reported stolen in the 22nd Police District. That accounts for roughly 5.5 percent of the overall city total during that three-year span.

CarInsurance.com's methodology compares rates for a 2016 Honda Accord with full coverage, noting that car insurance rates factor in location and “different risk levels based on the number and severity of car insurance claims within the area.”

The national average clocked in at $1,355 for full coverage with two cities in Ohio – Fremont and Coldwater – taking least-expensive honors at $804 annually.

You can read the full report here, or check how your ZIP code fared via this nifty calculator. (FWIW, the average in my neighborhood – East Falls – was $2,372.)