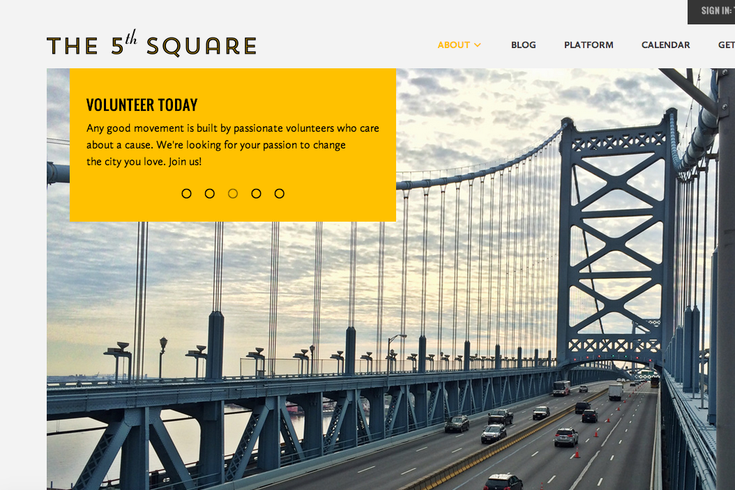 If you think you'll find Philadelphia Councilman Curtis Jones Jr.'s website at CurtisJonesJr.com, you'd be wrong. Visitors to that web address are taken, instead, to 5thsq.org, a political action committee advocating for land use, public space, transportation and better governance policies.

Jones is not alone. The 5th Square has also snagged six other council members' domain names, Philadelphia Magazine reports. This is a phenomenon akin to "cybersquatting" — and it's not the first time this has happened in Philadelphia.

The Philadelphia Inquirer reported Monday that Councilman Kenyatta Johnson's name — at the .com, .org and .net addresses — redirect to the campaign website of his competitor, Ori Feibush.

Feibush said of the purchase: “For the first time in four years, something with the councilman’s name will be associated with a clear vision and plan for improving the Second District, which is what voters will find at my campaign website.”

Philadelphia Magazine reports that only five of the city's 17 council members have domain names operating under their full name.

Meanwhile, David Curtis, co-founder of The 5th Square, said the organization purchased the domain names in order to spread more political awareness. The group is also toying with the idea of developing and linking "report cards" for the candidates through the domain names, he said. According to GoDaddy.com, the domain names were purchased on Dec. 7, 2014, for the period of a year.

But is the whole thing legal? Duane Morris partner Christi Campbell told the Philadelphia Business Journal that the answer is yes, in this case, because it lacks key criteria for cybersquatting, the term given to buying a domain with the intent of selling it at a higher price to the brand or person whose name it bears.

"Just because a third party registers your name as a domain name, it does not necessarily mean that domain name registered is actionable under anti cybersquatting or other laws," she explained. "It may be fair use of your name, no matter how concerning or how potentially harmful."

Neither of these situations are impersonating another person or being used for financial gain, Campbell said. What is wrong, she told the Business Journal, is "to create confusion among consumers, or financial gain off of deceiving consumers."

For the full legal analysis of the situation, click here.