But it wasn't to make an escape. 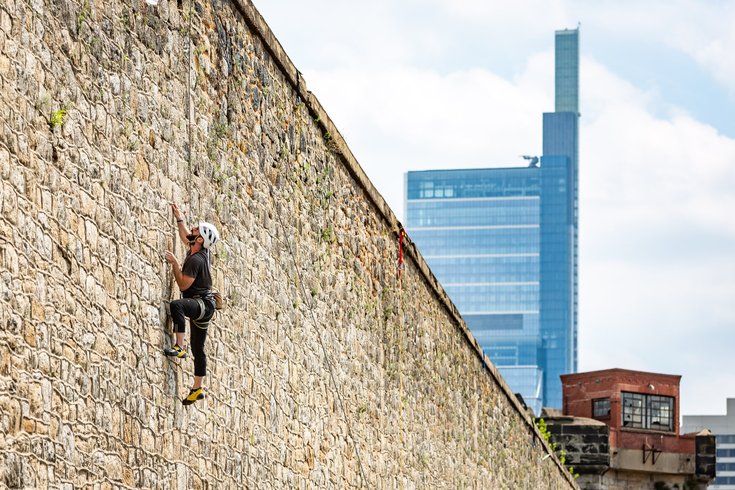 In its storied history,  there have probably been scores of prisoners who dreamed of climbing over the walls at Eastern State Penitentiary.

Now that the prison is closed you can add to that list Philadelphia-based artist, writer and educator, Alex Rosenberg.

As part of the art installation, "A Climber’s Guide to Eastern State Penitentiary; or Eastern State’s Architecture and How to Escape It,”  Rosenberg will make several climbs on the walls of the historic penitentiary.

According to Rosenberg, the site specific installation "brings Eastern State’s long history of preservation—both environmental and constructed—into conversation with the ... story of modern climbing, inextricable from the site-specific 'escape' narratives written into Eastern State’s stone walls.”

In 1971, the same year the penitentiary closed, the need to preserve the environment by using and promoting clean climbing was gaining traction.

In an effort to highlight both the prison and more thoughtful ways of climbing,  Rosenberg, with permission from penitentiary officials, will be scaling the stone walls using clean climbing techniques and mapping his progress to produce a guidebook on the dozen routes he created. He will also assemble traditional “clean climbing” gear rack fashioned by materials that could have been found at the penitentiary during the year it closed. 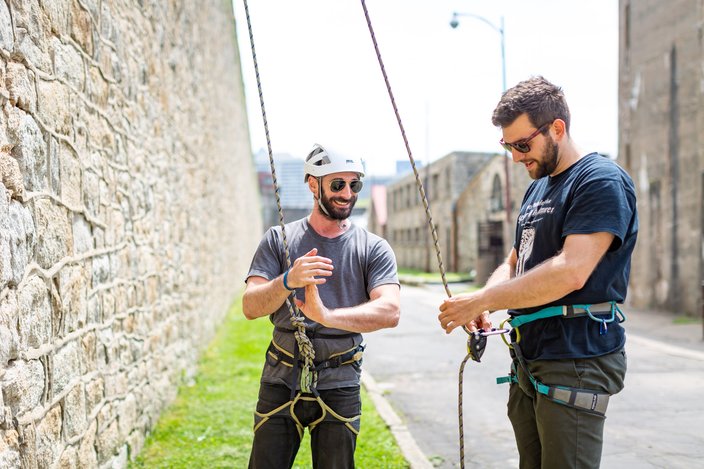 Alexander Rosenberg, left, is a Philadelphia-based artist, educator and writer. He is assisted by belayer Harrison Rhodes.

According to Rosenberg, the installation is meant to pose questions about Eastern State and other historic American monuments. "How might we experience multiple, overlapping histories in a single site? Can we uncover these complicated, fraught histories while shaping new identities for the site today? This project aims to provoke discussion about conservation and preservation between nature and artifice in the built and 'natural' worlds."

Installations by Rosenberg, along with works by filmmaker Dehanza Rogers and artist Benjamin Wills will open on May 2 at the prison. More information can be found on the Eastern State Penitentiary’s website 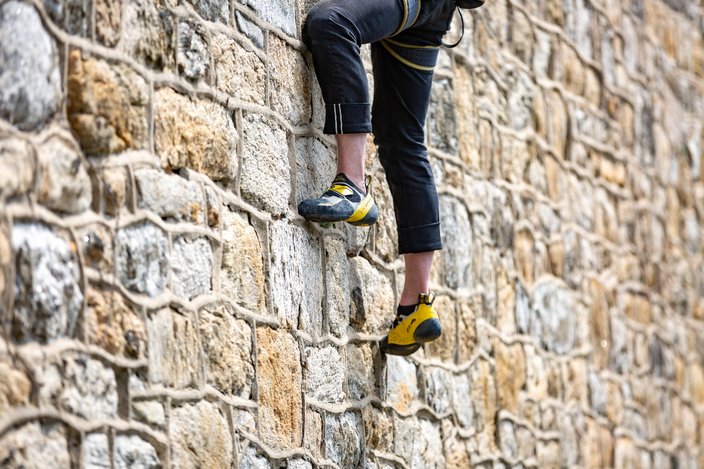 The walls of Eastern State Penitentiary consist of Wissahickon Schist held together by mortar. 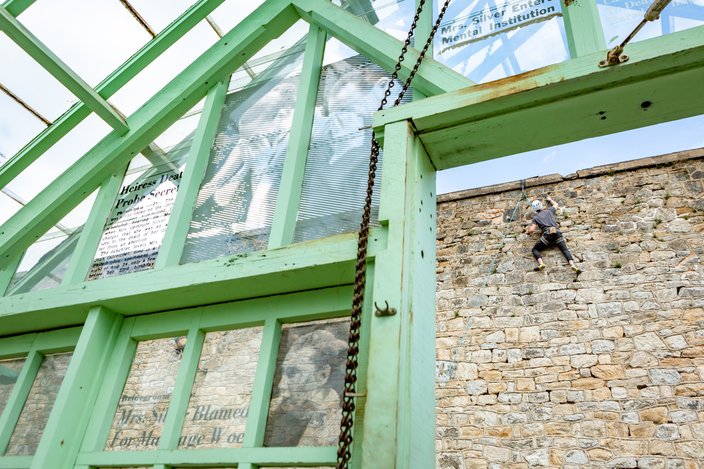 Rosenberg nears the top of the 33-foot east wall of Eastern State Penitentiary. 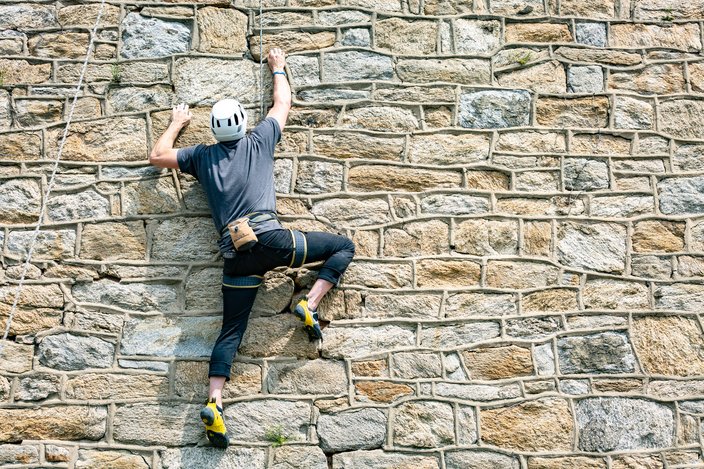 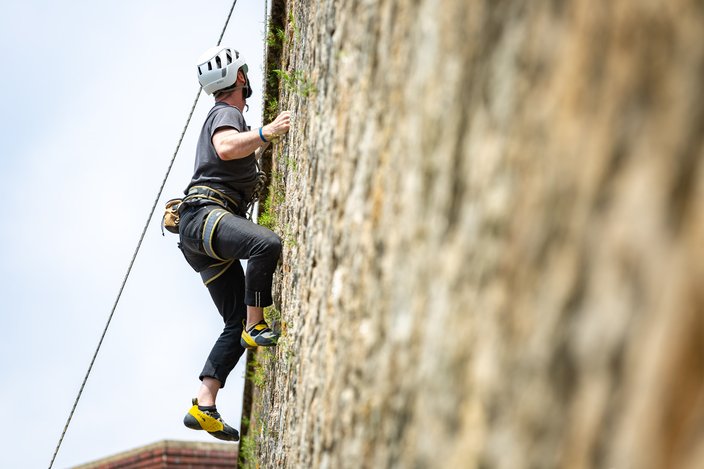