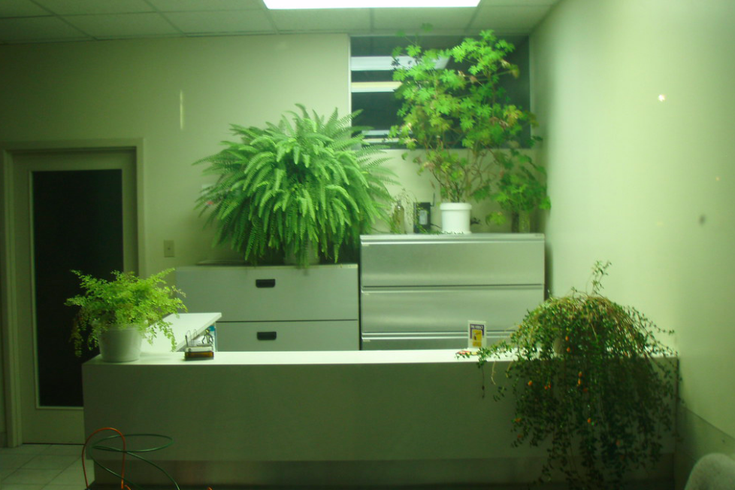 Contrary to what is commonly believed, potted plants do not have any significant effect on indoor air quality, according to a study out of Drexel University.

If you thought your anthuriums and peace lilies were purifying the air in your home or office, you are sadly mistaken, according to researchers at Drexel University.

A new study on decades of research into plants and air quality suggests the benefits of potted plants are vastly overstated.

“This has been a common misconception for some time," said Michael Waring, an associate professor of architectural and environmental engineering in Drexel’s College of Engineering. Plants are great, but they don’t actually clean indoor air quickly enough to have an effect on the air quality of your home or office environment."

Along with doctoral student Brian Cummings, Waring reviewed a dozen studies that pointed to the same conclusion: The natural and ventilation air exchange rates in indoor environments dilute volatile organic compounds faster than plants extract them from the air.

The idea that house plants can improve air quality by absorbing these toxic compounds originally took off after a NASA study in 1989 searched for ways to clean the air on space stations.

The problem with that study — and others in its vein, Waring and Cummings say — is that it was conducted in a sealed chamber in a lab. That kind of contained environment isn't the same as a home or office.

“The CADR is the standard metric used for scientific study of the impacts of air purifiers on indoor environments, but many of the researchers conducting these studies were not looking at them from an environmental engineering perspective and did not understand how building air exchange rates interplay with the plants to affect indoor air quality,” Waring said.

Based on the Drexel study's calculations, if you want to use plants to purify the air in your home or office, you'll need between 100 and 1,000 plants per square meter of floor space. Good luck with that, but at least they still look nice.