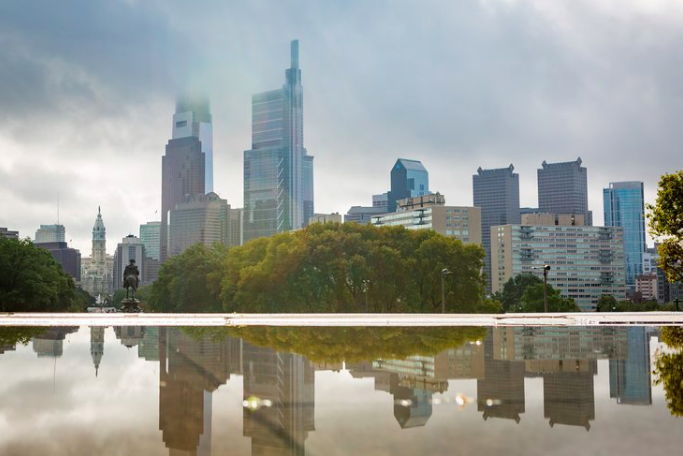 Philadelphia City Council will consider a bill that sharply reduces the use of heavy fuel oils over the next five years. The legislation aims to improve air quality and public health.

City Councilwoman Blondell Reynolds-Brown introduced a bill Thursday that would gradually phase out the use of heavy fuel oils in Philadelphia, lowering the permitted fuel oil weight from six to two on a numeric scale over the next five years.

Heavy fuel oils are the residual diesel energy sources left after gasoline and distillate fuels have been extracted from crude oil. Numbers four, five and six are considered heavy, while two is deemed comparatively light. The dirtier fuels created high levels of particulate matter, nitrogen oxide and sulfur oxide, which are linked to lower air quality and health conditions such as asthma, lung disease, heart disease and obesity.

Reynolds-Brown's bill aims to encourage residential and commercial buildings to switch to cleaner sources such as natural gas.

“Switching to cleaner burning fuels will improve the city’s air quality and contribute to the city’s efforts to reduce carbon emissions," Reynolds-Brown said. "The citizens of Philadelphia deserve to breathe clean air.”

The initiative is modeled on New York City's Clean Heat Program, which began in 2010 and provided a longer timeframe for tapering off heavy fuel oils. That city's ban on No. 4 oil won't take effect until 2030, while Philadelphia's bill aims to sharply reduce heavy fuel oils by 2024, with case-by-case extensions available until 2029.

“The proposed landmark ban on commercial heavy fuel oil in Philadelphia will lead to noticeable improvements in air quality that will reduce harmful soot and sulfur pollution as well as carbon pollution that fuels the climate crisis,” said Joseph Otis Minott, executive director and chief counsel of Clean Air Council. “This is the exact type of policy needed throughout all sectors of our economy so that we can rapidly phase out the use of all fossil fuels.”

In New York City, an incentive program has helped encourage property owners to make the switch to cleaner fuels. The city has seen a noticeable improvement in air quality, though many uptown buildings have yet to make the switch.

Critics of heavy fuel oil bans argue that volatility in the natural gas market makes it harder for property owners to budget, while the extraction process for natural gas also limits the net benefit of changing energy sources. The first concern can be addressed through financing and well-crafted incentives. The second issue is more complex, but with greater population density in cities, the public health benefit alone could be substantial.

Reynolds-Brown hopes the legislation will put Philadelphia on a path to cleaner air.

“If the largest big city in America figured out how to address this carbon footprint issue, surely the smart policy stakeholders of Philadelphia can do the same," Reynolds-Brown said in a statement.