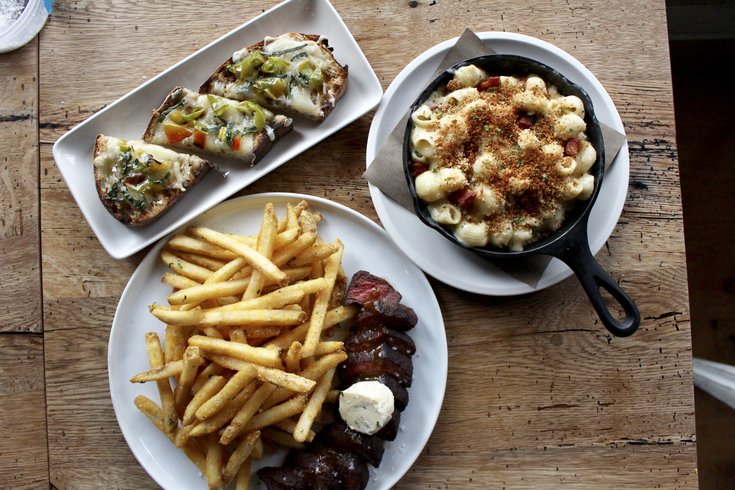 Here are some of the dished that will be served at Village, a new restaurant headed for the Plenty Café space at Fifth and Monroe streets in Queen Village. Items include South Philly toast, steak frites, and truffle bacon mac and cheese.

If you're a fan of the Fifth and Monroe location of Plenty Café, you have just a couple days left to grab a spicy gruyere sandwich or Margherita flatbread before the restaurant shutters – at least, for now.

The Queen Village business, which has two other locations in Rittenhouse and Passyunk, will cease operations after brunch on Sunday, Feb. 17, but it's not the last you'll see of owners Anthony and Damon Mascieri's work in the building, which they own.

After a brief reprieve, the space will reopen as Village, a departure from Plenty Café's European-style, all-day café concept that will focus instead on locally sourced dinner and comfort food inspired by the nearby Italian market and other European cuisines.

The dinner menu will continue to serve Executive Chef Kenneth Kunz's handmade pasta, as well as larger entrees including steak frites and a local bone-in pork chop. With the addition of a fryer, Village will focus on small plates such as crispy cauliflower, toast with charred long hots, honey harissa wings, and others. The full dinner menu will have about 25 items.

Village will continue to serve brunch and lunch, including a new Cannoli French toast dish. 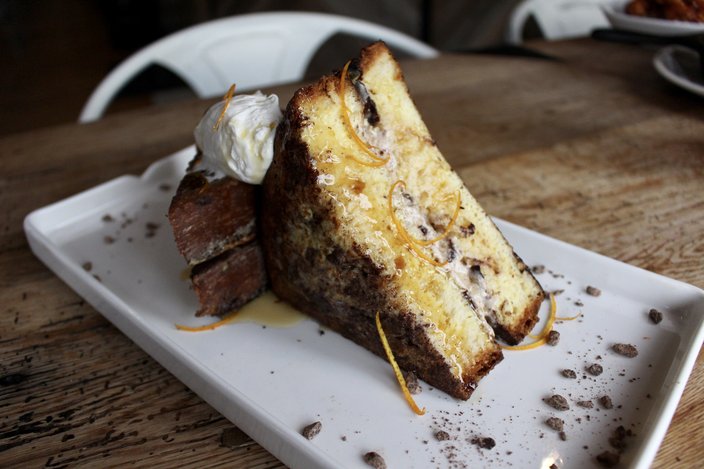 Above is the cannoli French toast that will be served at Village, a new restaurant from Anthony and Damon Mascieri at that will open in place of their Plenty Cafe location at Fifth and Mason Streets.

A mid-day menu will be available from 3 to 5 p.m. before happy hour, which will go from 5 to 7 p.m. The bar will add some TVs to the space along with wine on tap, craft beer, and craft cocktails.

Another difference between Village and Plenty Cafe: a kid's menu. Village will feature an additional menu more suited for children, and will even host students from the nearby Meredith School prior to opening.

Though a specific launch date has not yet been announced, Village is aiming for a March opening.