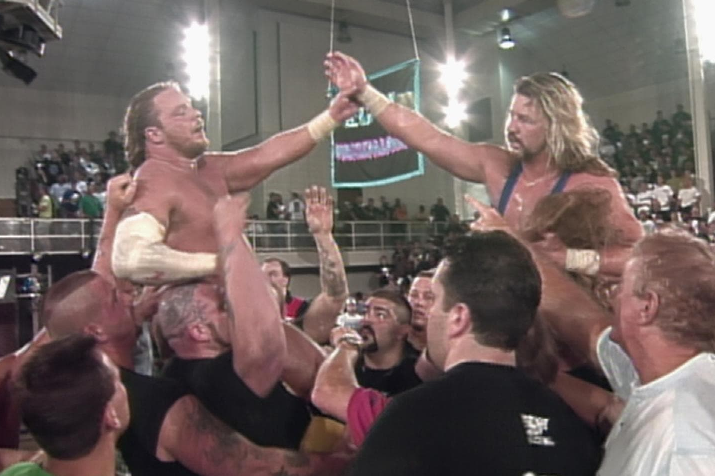 Let's take a trip back to 1998 for this Straight Shooters deep dive.

Extreme Championship Wrestling continued its ascent into the national spotlight in 1998 as Paul Heyman increased the number of pay-per-views in the United States from three the previous year, to four. Wrestlepalooza — what a name, huh? — was the second pay-per-view of the year for ECW, following Living Dangerously in March.

The company would invade enemy territory at the Cobb County Civic Center in Marietta, Georgia, a World Championship Wrestling home base, but you probably wouldn't know based on the fan reaction. ECW fans were a special breed — good or bad — and they certainly had their company's back down south. And ECW World Heavyweight Champion, Shane Douglas, exploited that with a promo that eviscerated Shawn Michaels and Ric Flair, and we have the unedited audio of that in this show. [Warning: That clip contains quite a bit of NSFW language.]

However, this event would fall flat when it comes to the ECW we all knew and loved in 1998. Douglas wrestling with so many injuries certainly didn't allow for a good main event match against Al Snow, Rob Van Dam and Sabu's time-limit draw was full of botches and weird spots that I was simply blind to watching this live as a fan, and New Jack pretty much knocked himself out after jumping off a balcony to hit Bam Bam Bigelow with a guitar.

It was certainly a newsworthy event - but that doesn't mean it was good. Vaughn Johnson and I take a deep dive into the event as it could possibly be in the running for one of the worst ECW pay-per-views of all-time. Luckily, they would bounce back with the best ECW pay-per-view of all-time in August, Heat Wave '98. And we'll likely be doing a deep dive on that this summer, so stay tuned.