Project falls apart despite food access issues in the area 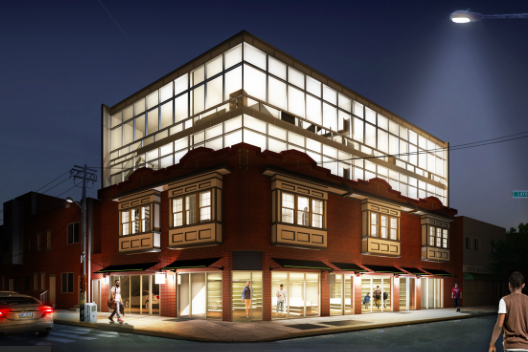 Southwest Philadelphia's Point Breeze may be one of the nation's top "down-and-out" neighborhoods to buy a home, but those who make a purchase will likely still have some roaming to do before they can go food shopping.

Last week, a mixed-use proposal for a grocery store at 1245 Point Breeze Avenue was shot down at a Zoning Board of Adjustment after an initial community meeting suggested the project had firm support, according to Naked Philly.

OCF Realty is the parent company of both Naked Philly and OCF Holdings, the developer behind the grocery store project, which also included 15 apartments on the three stories above the shop.

In a previous report on zoning challenges that complicate development in Point Breeze, Naked Philly made the case for another grocery store:

Point Breeze objectively has a food access problem, with no grocery stores located in the community and corner stores offering a very limited supply of fresh fruits and vegetables. While a small grocery store at this corner wouldn't solve these problems by any means, it would certainly be an important step in the right direction.

Last year, a study from the Philadelphia-based Reinvestment Fund cited improved grocery access in Philadelphia. After a decade of focusing on high-quality housing development throughout the city, the study found a 56 percent decrease in LSA ("limited supermarket access") during the period 2005-2013.

These strides were led by Brown's Super Stores, an offshoot of the ShopRite franchise, which has opened seven profitable markets in areas considered Philadelphia food deserts. One of the shops is on Oregon Avenue in the zip code just below Point Breeze. ALDI has also been working to reopen five former Bottom Dollar stores in Philadelphia, but the one formerly at 3000 Grays Ferry Avenue is not among them.

On The Reinvestment Fund's updated 2013 map, there is still a large swath of South Philadelphia that's plagued by limited supermarket access. 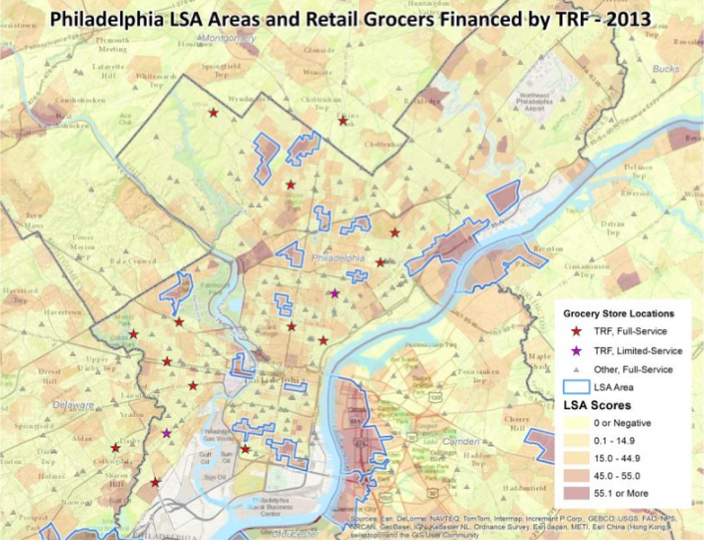 Map of LSA's in Philadelphia.

Neighbors opposed to the Point Breeze project cited concerns about traffic, density and parking. The developers expressed disappointment that the food access issue will persist despite a promised deed restriction that would have kept the first-floor rent at $1/month in perpetuity.


It's not yet clear what will happen with the property next. As for RealtyTrac's report on the housing market in 19145, including Graduate Hospital, the average return on investment was 138 percent with a gross profit average of $110,00. The neighborhood is definitely attracting interest and making visible progress, yet basic commercial establishments remain in comparatively short supply.