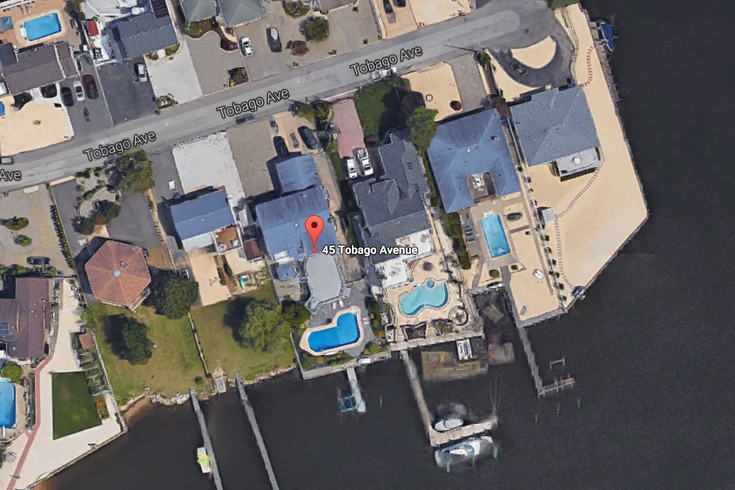 Toms River police say an 11-year-old girl died after she was electrocuted Saturday night. The girl was swimming with friends when she touched the electrified rail to a boat lift behind a house on Tobago Avenue, shown here.

An 11-year-old girl was fatally electrocuted in New Jersey Saturday night as she and two friends swam in a lagoon.

Police said the girl, a Newark, New Jersey resident, was visiting Toms River when she and two friends were swimming with life jackets on and using an inflatable raft with adults present just after 8 p.m. The girl was electrocuted when she touched an electrified metal rail to a boat lift while swimming with friends in a lagoon behind the Tobago Avenue house she was visiting, police said.

The Toms River Police Department announced the girl's death in a post to its Facebook page Sunday afternoon.

The adults on the scene administered CPR before first responders arrived and used an Automated External Defibrillator. She was transported to Community Medical Center in Toms River, where she died later in the evening, police said.

"Two of the girls touched the rail to a metal boat lift and [the] electric current appears to have energized the equipment, causing the injury," police stated.

The other two girls were not injured, police said.