Accent may or may not be fake, authorities say 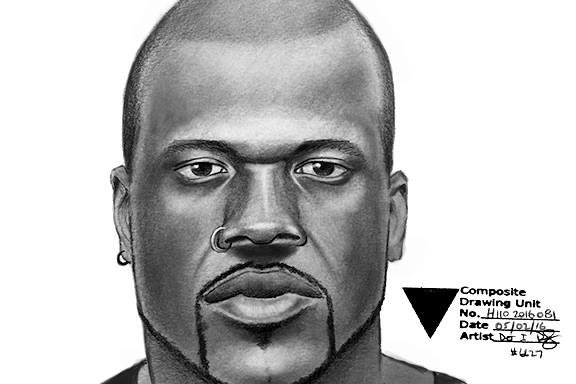 This composite sketch is of a man — who police say spoke with a British accent — wanted for an armed robber in Burlington County, New Jersey.

Authorities are looking for two people involved in an armed robbery that was committed Monday in New Jersey. One of the suspects had an accent from across the pond.

Maybe the accent was fake, and maybe it wasn't. Either way, our detectives are seeking your assistance with locating both suspects who are wanted for robbing a man at gunpoint. And perhaps after a little chat with these two, we'll find out if that accent is authentic.

According to police, the robbery occurred around 11:25 a.m. at the intersection of Route 9 and Ash Road in Bass River Township.

Two men pulled up to a bus stop in a dark-colored SUV and asked the victim for directions, authorities said.

While they were speaking, the passenger in the SUV pulled out a black revolver, demanding money, according to police.

The victim handed over his wallet, which contained about $150 and other personal items, police said.

The suspects' vehicle is possibly a Hyundai Santa Fe, with tinted windows and damage to the driver's side rear bumper.

Anyone with information on the crime or suspects is asked to contact the Tuckerton Barracks Detective Bureau at 609-947-3065. Tips can remain anonymous.