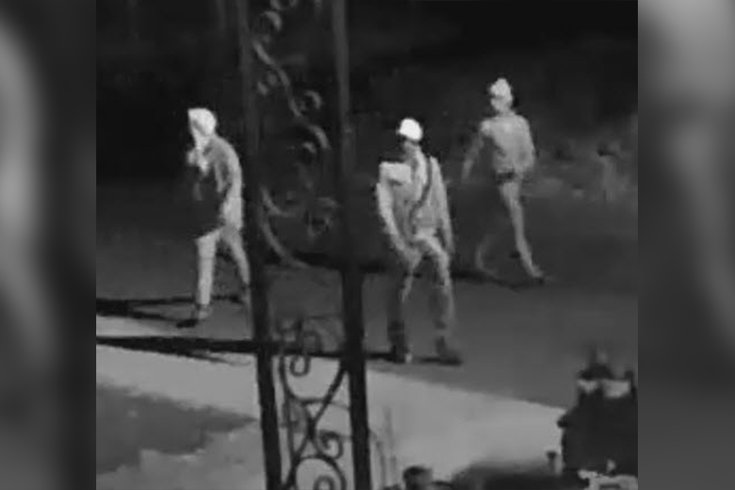 Police are asking the public for help Thursday identifying three suspects for a theft from an automobile in the East Oak Lane section of Philadelphia.

The incident, which was captured on surveillance video, occurred Oct. 12 around 9:20 p.m. on the 600 block of Oak Lane Avenue.

Authorities said three unknown male suspects were walking by a residence with a vehicle parked in the driveway. One suspect approached the car and gained entry, prompting another suspect to join while the third suspect stood at the rear. The suspects stole several items before fleeing the area.