Employees being treated at the scene 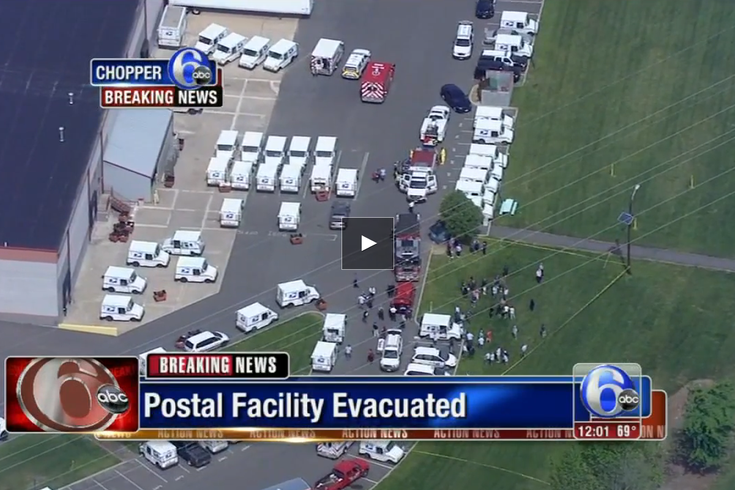 There is a possible hazmat situation at a post office in Hamilton Township, New Jersey, according to 6ABC.

The television station reported that rescue crews responded to the incident after it was called in at 9:50 a.m. Several people fell ill and at least one person passed out, the station reported. A picture on the news organization’s website shows two individuals dressed in yellow suits looking in the back of a mail truck.

Thirteen people were being treated at the scene without a need for hospitalization.

The location of the incident is 435 U.S. Route 130, 6ABC said. Workers at the scene reported a strong, sweet odor. The post office is near the postal distribution center that was shut down during the 2001 anthrax attacks, according to nj.com.

Investigators say no spills or powder residues have been found and there is no official word on what caused the incident.

"The Postal Service will continue to work with authorities to complete any additional investigations necessary to ensure the safety of our employees, customers and mail," Daiutolo said in a statement

You can read more about it here.