Parishioner: 'Are we safe this morning?'

The killing of nine people dead allegedly at the hands of a racially motivated gunman and arson investigations at three churches in the South have raised safety concerns among some local congregations.

In response to recent events, some majority-black churches in Philadelphia are re-examining their security, trying to balance safety with the need to keep religious services open and accessible, according to local pastors.

“You want to welcome everybody in, even strangers, and because of this situation [in Charleston], it kind of brings that anxiety ... if you see a face you don’t know, how do you deal with that?” said the Rev. Scott Dorsey, pastor of Mount Zion Baptist Church in Holmesburg.

“We try to balance that anxiety with trying to be welcoming,” he said.

In the recent aftermath of the incidents, Dorsey said his church gathered for its previously scheduled annual meeting amid a heightened focus on security concerns. The church already had moved on some precautions – a security system and cameras, for example – but more was done recently to monitor who was entering the church for its religious services. 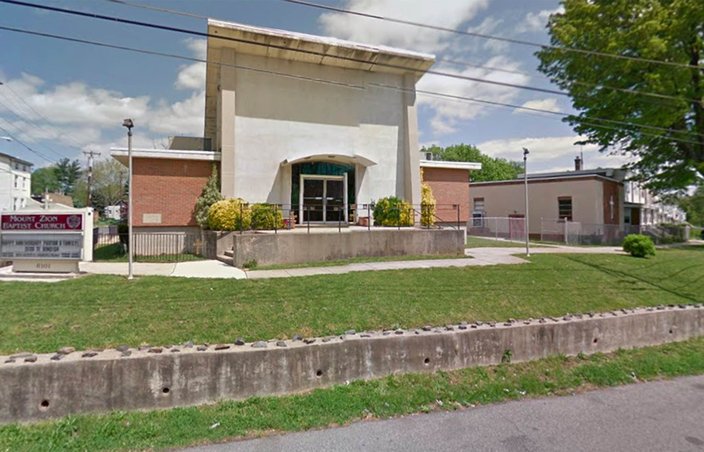 “You want to welcome everybody in, even strangers, and because of this situation [in Charleston], it kind of brings that anxiety ... if you see a face you don’t know, how do you deal with that?" says the Rev. Scott Dorsey, pastor of Mount Zion Baptist Church in Holmesburg. (Google StreetView)

“We are making sure that when the doors are opened, it is someone on the inside that opens them” during services, said Dorsey.

The June 17 attack at the Emanuel African Methodist Episcopal Church in Charleston, South Carolina, is the latest in a long line of violent incidents targeting black churches.

In addition to the three arson investigations, four other fires at majority-black churches have occurred around the South in recent weeks. While church fires occur regularly, the incidents grabbed national attention in the wake of the Charleston shooting.

One suspect blaze occurred at a church that was burnt down by the Ku Klux Klan about 20 years ago and was just 65 miles from the Charleston attack. Officials determined that fire was caused by a lightning strike. As of Friday, officials have not linked any of the fires to hate crimes.

The Rev. James Sterling Allen Sr., pastor at Vine Memorial Baptist Church on the 5600 block of W. Girard Ave., said the events that led up to the shooting in Charleston were relatable. Dylann Roof, the man alleged to have carried out the shooting, walked into the church and participated in a bible study before allegedly opening fire. (He was also charged with multiple counts of attempted murder on Tuesday morning.)

“We have a lot of visitors, and we welcome them. We have whites who are members of the church as well as blacks,” Allen said, adding that people unknown to the church community do walk in and want to take part. “South Carolina describes our situation to a great extent.”

After the attack, Allen said the church implemented security upgrades but declined to provide specifics.

“We had limited security already,” Allen said. “We wanted to intensify it and be more alert about who is coming in.”

Philadelphia police said they had not detected any elevated threat against local churches.

“There have been no credible threats nor any threats that would warrant concern or compromise the safety of any church community,” Officer Christine O’Brien, a spokeswoman with the Philadelphia Police Department, wrote in an email. “The officers regularly make checks on the properties, advising the clergy … to contact them if they have any concerns.”

The Rev. William B. Moore of the Tenth Memorial Baptist Church said he viewed the Charleston shooting as an isolated incident but advised his congregation to be watchful.

At the Mount Airy Church of God in Christ, Bishop Ernest C. Morris Sr. said there was concern among his faithful after the Charleston attack.

One parishioner asked him, “Are we safe this morning?” he said.

According to Morris, security is expected to be discussed during an assembly Saturday of the Koinonia of Pennsylvania Ecclesiastical Jurisdiction, a group of local churches. Mainly, though, he said the attack in Charleston shouldn’t result in a change of the culture of inclusiveness at church.

“We never want to have a situation where you are keeping people out,” said Morris. “The doors have to be open to anyone.”