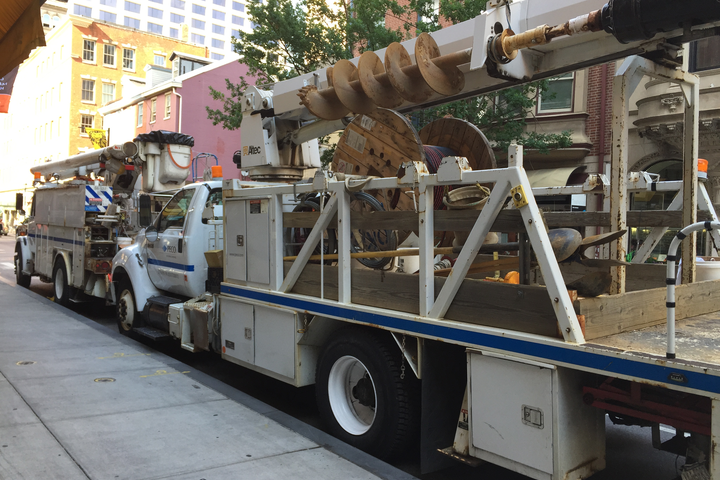 A PECO truck sits near 10 Rittenhouse Condominiums as crews work to restore power to the building.

The lights are still out for the residents of a luxury condominium in Rittenhouse square and several surrounding businesses.

10 Rittenhouse, located at the corner of 18th and Walnut streets in Philadelphia, is without power due to an underground cable fault, according to PECO spokesperson Fred Maher.

The outage occurred around noon on Sunday. PECO says the outage has impacted around 49 customers, and that power should be restored around 11 p.m.

In the meantime, Maher said that power should be restored temporarily for about half of those customers by 5 p.m.

Along with the condominiums, the several surrounding businesses are still without power following the outage. One of those businesses includes Serafina, an Italian restaurant located at 18th and Samson streets. 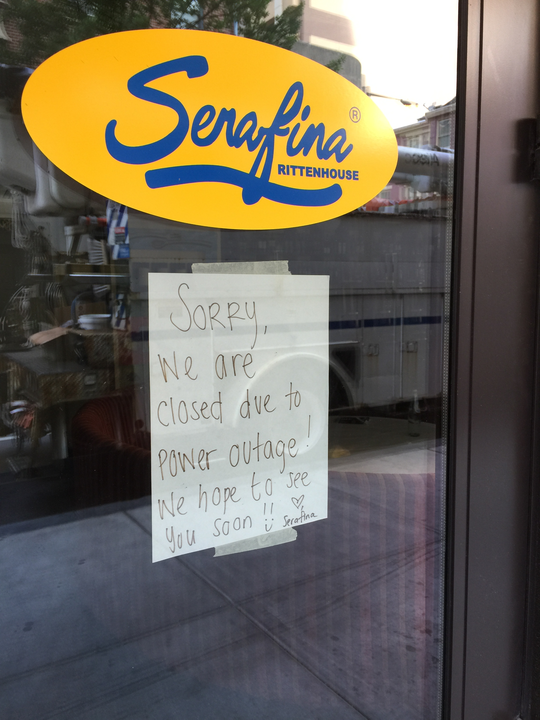 It is unclear how many tenants were in the building at the time of the outage, however CBS Philly reports that it caused many residents to stay with friends and family or at hotels.