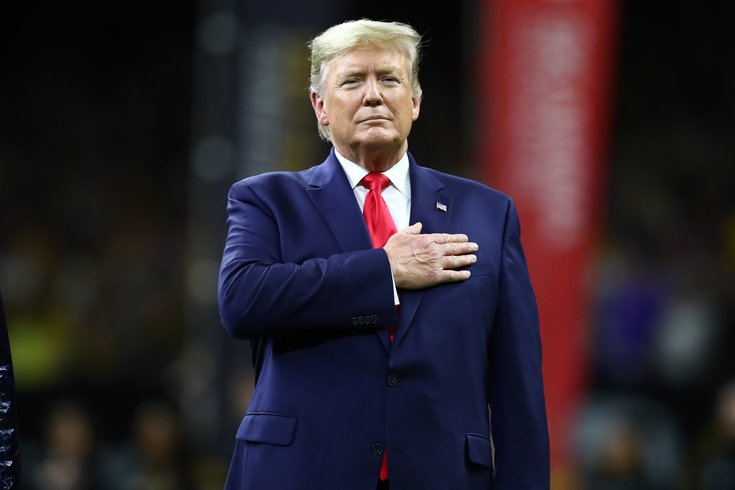 President Donald Trump will appear at town hall event in Philadelphia on Tuesday, Sept. 15 at 9 p.m. The event will include both in-person and virtual attendees asking the president questions.

President Donald Trump will field questions from undecided voters when he comes to Philadelphia next month.

Trump will appear at a town hall hosted by ABC News on Sept. 15. The event will allow in-person and virtual attendees to ask the president questions.

A location for the town hall has not been announced. ABC News said it will be held in accordance with state and local health regulations.

Chief anchor George Stephanopoulos will host the town hall. The one-hour event begins at 9 p.m. and aired on ABC. It also can be streamed on ABC News Live, a digital service available at ABCNews.com and various streaming platforms, including Hulu, YouTube TV and Apple TV.

ABC also has invited Democratic presidential nominee Joe Biden to participate in a similar town hall event, but Biden's campaign had not responded as of Thursday evening.

.@ABC News to host town hall with President Trump anchored by @GStephanopoulos on September 15 at 9pm ET on ABC and @ABCNewsLive.

Pennsylvania is considered a battleground state in the Nov. 3 election. It had supported Democratic presidential candidates for more than two decades before Trump won it in 2016.

Trump formally accepted the Republican Party's nomination Thursday in a speech in front of the White House – a location that violated the Hatch Act separating partisan politics from non-partisan government. Hundreds of supporters gathered on the lawn, ignoring social distancing and forgoing face masks.

Trump spent much of his 70-minute speech targeting Biden while trying to reframe his response to the COVID-19 pandemic and touting himself as a law-and-order candidate. He pledged to "build the greatest economy in history, quickly returning to full employment, soaring incomes and record prosperity."