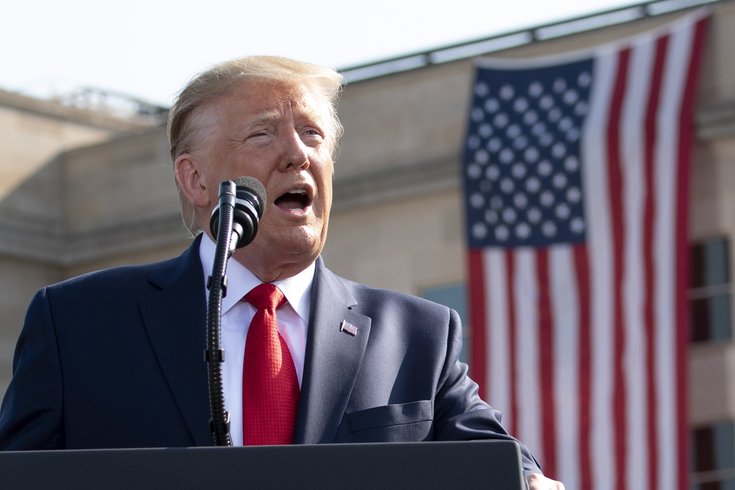 President Donald Trump will be in Pittsburgh on Tuesday, just days before the one-year anniversary of the Tree of Life synagogue shooting that left 11 dead.

President Donald Trump is paying Pittsburgh a visit Tuesday as part of his re-election campaign.

Trump will give a free, public speech around 3:30 p.m. at the David L. Lawrence Convention Center in downtown Pittsburgh, which will shut down schools, major roadways, and impact traffic Tuesday evening, safety officials said.

Twelve city schools have been closed for the day due to the possible impact on traffic, for safety reasons, and because of protests that are planned, the school district announced.

To ensure student safety in preparation for President Donald Trump’s visit to Pittsburgh, @PghSuptHamlet has announced that 12 schools will be closed Wednesday, October 23, 2019. #PPSStayInformed pic.twitter.com/ElllOGKPO4

Police Chief Scott Schubert is advising residents to leave work early, as to avoid the area around the convention center, according to the Associated Press.

Here's a look at all the road closures, expected delays, and detours expected to result from president's visit and the protests, via the Pittsburgh Downtown Partnership.

The Pittsburgh Post-Gazette reports an increased police presence is expected to remain in effect through the weekend, as Sunday marks the one-year anniversary of the mass shooting at the Tree of Life synagogue that killed 11 people. A public memorial service will be held at 5 p.m. in the Oakland part of the city.

Pennsylvania will be key in Trump's bid for a second term in office. He was the first Republican candidate to win the state since 1988.