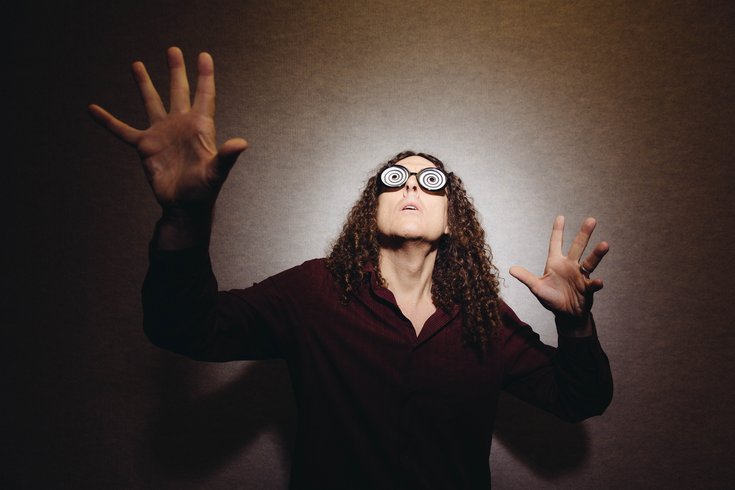 Read More
The Grammy Awards are obviously synonymous with music, but that doesn't mean that every award handed out at the 57th installment Sunday will be for the best songs of 2014.

While one album nominated for 'Best Comedy Album' is actually quite musical, the deciding factor for this category is simply who was the funniest. Here's the skinny on the comedians and their albums that were nominated for this year's Grammy Awards.

One thing was clear in 2014: Weird Al is back. His 14th studio album released this past summer continued Yankovic's legacy of perfectly parodying the pop music of the times. The album's songs produced several viral music videos, most notably the stealthily educational "Word Crimes," which used Robin Thicke's "Blurred Lines" to give us all a grammar lesson:

The unofficial reigning king of comedy and recipient of the award for his 2010 album Hilarious, Louis CK could add to an award shelf that includes several Emmy's for his FX show Louie. It's hard to fathom how CK continues to get better and better with each of his specials, which he provides for $5 downloads directly from his website. His latest album has already been released: Live at the Comedy Store. But for now, enjoy his musings from Oh My God such as why it's awesome to be out of the food chain:

Known for his rants about Star Wars and his attempts to lose weight, all the while sprinkling in nuggets of obscure pop culture, Oswalt took a different approach to his latest album. Without losing his patented (no pun intended) bite, he tackles some deeper issues while remaining self deprecating in Tragedy, such as his battle with depression:

Sarah Silverman - We Are Miracles

Silverman, who along with CK performed in Camden at the Susquehanna Bank Center back in July as apart of Funny or Die's Oddball Comedy Festival, chose an intimate setting for her latest special. In front of just under 40 fans at Los Angeles' Largo nightclub, Silverman was heavy on the crowd work as she ranged from the politically poignant to the silly, throwing some music in the mix as well:

Do you like food? How about jokes about food? Gaffigan didn't disappoint those who have grown to love his obsession (I know, enough wordplay) with eating. He talks about seafood, southern food, and just being a generally lazy dude. But where Gaffigan shines is when he uses his love of overindulgence as a platform in to other topics, such as this clip from Obsessed where he goes from ice cream to weddings