2015 Grammy Awards: What to Expect 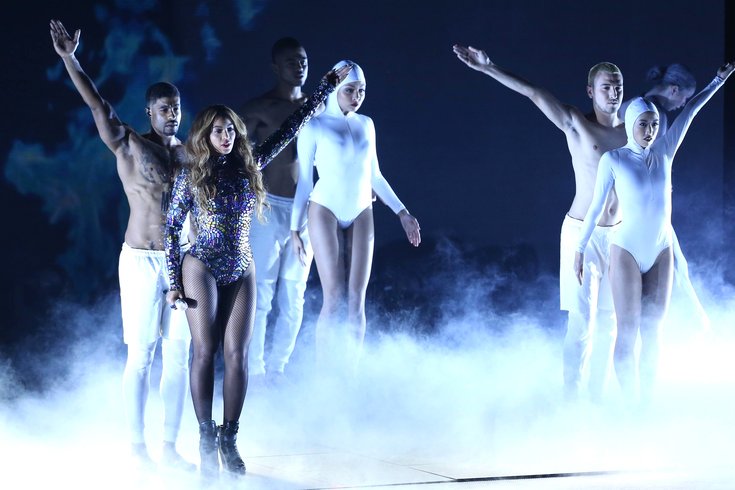 Beyonce performs on stage at the MTV Video Music Awards at The Forum in Inglewood, Calif.

The 57th annual Grammy Awards will air live on CBS Sunday from the Staples Center in Los Angeles.

No TV? No Problem. For the first time ever, the awards will be live streaming for free online.

The live stream will be viewable on desktop or the CBS mobile app for All Access subscribers. A one-week free trial is being offered for the $5.99-per-month service, which also allows people to watch other live events and CBS shows on demand.

All Access will also offer Grammy Live, a separate second-screen experience featuring backstage reports and commentary from the broadcast and red carpet.

Tune in to the biggest night of the year for the music industry to see your favorite singers and stars, many of whom will be performing, including Kanye West, Beyonce, Paul McCartney, Rihanna, Lady Gaga, Tony Bennett, Sia, Madonna, Pharrell, Usher, Miranda Lambert, Gwen Stefani, Adam Levine, Sam Smith, Ed Sheeran, Ariana Grande, Eric Church and Katy Perry, among others.

This year, the five Grammy nominees for Album of the Year — the most prestigious award of the evening — are: Beyonce, "Beyonce"; Sam Smith, "In The Lonely Hour"; Pharrell, "Girl"; Ed Sheeran, "X" and Beck, "Morning Phase."

Rolling Stone magazine compared the similarities and differences among the five nominated singles up for Record of the Year by plotting them by nine sets of data, including social media dominance, lyrical content, speed, duration, accomplishments and more.