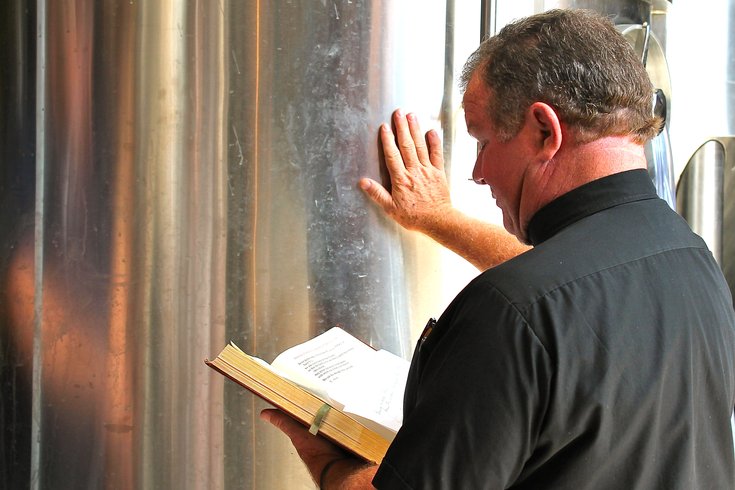 Father John Kelly of St. John the Baptist Church in the Manayunk section of Philadelphia blesses the brewing water for the Manayunk Brewing Company’s new Papal Pleasure beer on Aug. 4.

Prepare yourself for a brew that's not just heady, but holy.

Manayunk Brewing Company has readied a "Papal Pleasure" brew in time for Pope Francis' visit that was blessed by St. John the Baptist priest John Kelly earlier this week. Kelly blessed the brewing water that was used to make the beer.

Head brewer Evan Fritz said the decision was made to contribute something unique to the papal visit but also because the company wanted the Manayunk community to have its own mark on the brew.

“The main reason we decided to do this [with Father Kelly] is that he presides over the church right down the street that's a huge part of the community in downtown Manayunk," Fritz told PhillyVoice. "And we also wanted to make a beer that would make the pope and his followers happy, something pleasurable to drink. We asked him to come down and bless the tank, and he was thrilled -- it was something he'd never done before.”

The beer itself is a Belgian amber ale infused with oak from Malbec wine barrels and Candi sugar from South America -- both ingredients selected because of their popularity in Argentina, where Pope Francis is from. The company describes the beer as oaky with notes of cherry and plum. 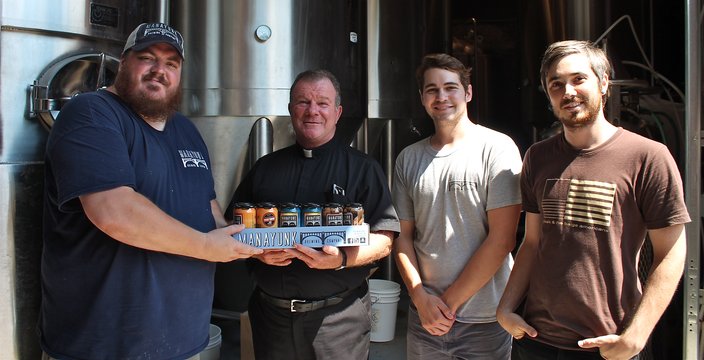 Fritz said that the team brewed the ale Thursday, and the process curiously went off without a hitch.

"Usually in brewing there’s a million things that break down and you have to react quickly. But this was the smoothest brew day. Everything went perfectly,” Fritz said, tongue-in-cheek. “It’s one of those things that maybe we did everything right, or maybe there was a higher power involved.”

Keep an eye out for the beer in mid-September, just before the World Meeting of Families. The beer will be available in 22-ounce bottles and on draft at select locations in Center City.