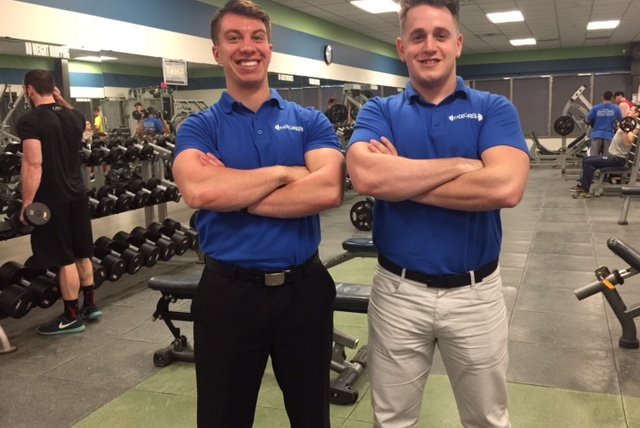 Rowan University grads Nick Dennis and Dan Read are among the four founding members of fitDEGREE, a startup mobile app aimed at engaging and retaining members at health clubs and college rec centers. Their company has launched with a $200,000 investment from the Rowan Innovation Venture Fund, which is seeking to fund new companies, especially those with Rowan and South Jersey links.

Have a great idea for a business?

And a strong connection to South Jersey?

With a tech, engineering or biomedical edge, perhaps?

Especially one with links to Rowan University, its students, faculty or graduates?

And you need cash to help turn that idea into reality?

Rowan may be able to help successful applicants – following a rigorous and lengthy vetting process.

Rowan has $5 million set aside in its Innovation Venture Fund, thanks to the largesse of engineer, inventor, businessman and Henry Rowan. 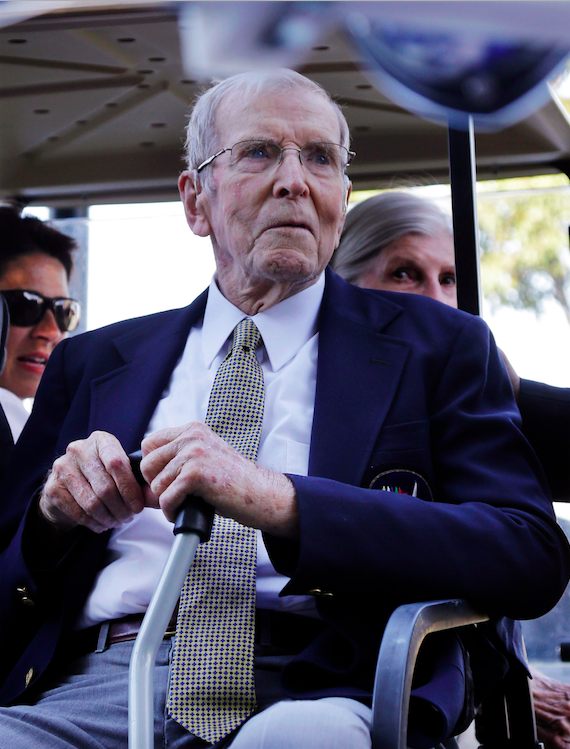 In this October 2013 file photo, Henry Rowan watches an engineering demonstration at Rowan University in Glassboro.

The venture fund is an outgrowth of the late Rowan’s transformative gift of $100 million in 1992 to what then was Glassboro State College.

The money has remade Rowan (renamed for its benefactor) which operates two medical schools, and has attracted high-caliber faculty to its engineering program.

Bridging off of its good fortune, Rowan president Ali Houshmand and the governing board have set a goal of bolstering the regional economy, which is where the Venture Fund comes into play.

The fund began in 2013, and has since been making funding deals that give the university equity in the startup companies in return for seed money support, explained R.J. Tallarida Jr., deputy executive director of the university’s foundation and also a vice president.

The fund has its own manager and a board of managers signs off on decisions, though the board does not actively sort the applications. Many questions about the fund are answered here.

So far, five ventures have gotten support from Rowan – three biomedical ventures and two software applications. All have some direct Rowan link, but theoretically a great plan without a tie to the university could get funded, though university-related ideas are favored.

Which is where fitDEGREE comes into play.

As part of a project, he designed an app to cajole students into coming to the recreation center and keep them coming back.

Dennis further developed the app and entered the idea in a Rowan business competition, developing his three-paragraph idea into a well-supported 30-page proposal.

And that’s when Venture Fund director Howard Lubert literally tapped Dennis on the shoulder and asked why he had not applied for some of the $5 million.

“I thought he was joking. I didn’t know who he was,” and Dennis had never heard of the fund, let alone considered applying.

He Googled the fund and then told Lubert: “Sign me up.”

Students walk outside of the Science Hall at Rowan University.

Read rejoined Dennis in the planning and two others with Rowan ties, Christian Marin with a degree in computer science, and Dan Berger, still in college studying marketing, joined as co-founders.

The vetting was tough – both times.

Twice because the company has gotten $100,000 investments from the fund twice – and each required its own application. (The process is spelled out here. And the online application is here.)

And while they’ve made pitches, there are no sales yet for fitDEGREE, though an upcoming national conference may provide their springboard.

Tony Calabrese, the chair of Venture Fund board and the former president and CEO of a Cherry Hill computer company, said the fund is always seeking co-investors to spread risks and protect their investments in individual startups.

He said the fund has been effective in attracting faculty members with talent and business ideas.

Calabrese said the university hopes to be an economic engine and innovation hub in southern New Jersey. Rowan has a tech campus with space for companies looking to take advantage of the school’s resources.

Creating “invaluable real world experience that leads to commercial and profitable” businesses are “part of the ecosystem here,” said Calabrese.

The stated goal of the fund is to be self-funded through returns on investments, but the process is not far enough along yet to say if that will happen, Tallarida said.