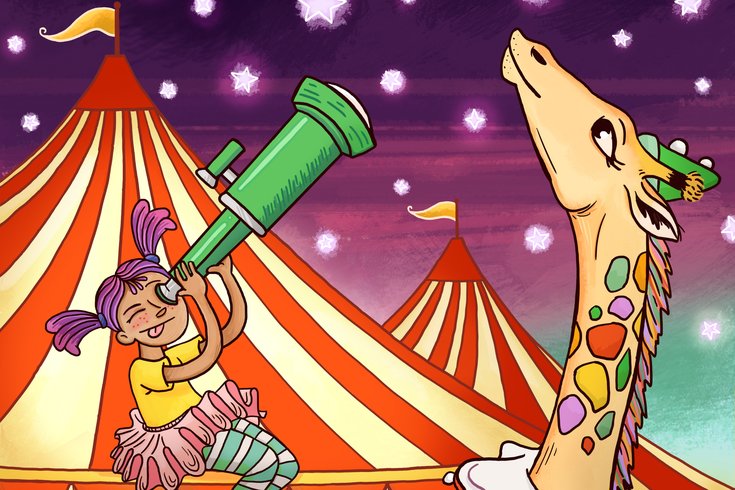 Imagine, for a moment, Disney World's Main Street USA. Now, dress that fantastical town square in circus wrapping, add some puppets and throw in a dash of physics.

"We’re explaining how to do these amazing circus acts with physics," Gina Leigh, creator of in-development children's TV show "Circus Town," told PhillyVoice. "Everyone in Circus Town is in the circus. You walk in Circus Town and you see the post office, and they’re flying through the air sorting letters, and you go to the grocery store and get your shopping cart through the Ferris wheel. It’s everyday life, but all circus.”

Leigh is a South Jersey native and University of the Arts alum who's spent the bulk of the past decade touring as a puppeteer, in connection with her North Star Puppets company. While working toward her MFA in creative writing at Goddard College in Vermont, and studying under other TV writers for children's shows, she imagined the character of Sally Spangles, a first-grader who comes of age in a circus-oriented town. Alongside her best friend Gerald the giraffe, she sets out to learn the ins and outs of the circus world — a study that primarily involves physics.

"Physics is the description of the engine of the universe," Leigh explained. "When you think about that, it means the way we perceive how the universe moves and works from the micro-atomic level to the macro level of the planets and universe. Physics is how we can describe that. And, basically, I didn’t learn a lot of physics as a kid and I didn’t learn it in high school — I’m teaching myself now as I go along and wish I had had that background as a young person to learn more as I got older.” 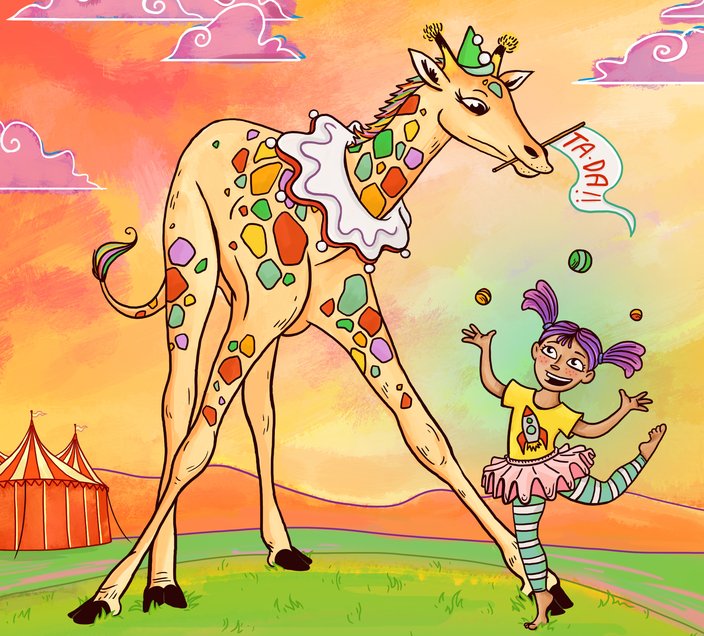 One of many sketches for 'Circus Town,' a children's television show that revolves around puppets, physics and circus arts. The art marries circus and steampunk imagery.

Circus arts just happened to be the most relatable — and entertaining — way to approach the subject. It's part of a larger movement Leigh has embraced, "STEAM": Science, Technology, Engineering, the Arts and Mathematics. It's a twist on "STEM," the idea being to demonstrate how the arts and sciences can come together for more creative problem-solving.

Consider, to cite one example, how the Innovation and Design Lab, a collaboration program between UC Santa Cruz and Johns Hopkins, applies design-minded thinking to medical technology. Or, to flip the script, how fashion designers can apply technology to their lines.

The STEAM movement has, in fact, gained steam in Pennsylvania in the past few years: 27 schools in the Pittsburgh region implemented STEAM programs last year, and schools in Philadelphia have offered an after-school "Full STEAM Ahead" program since 2012.

Leigh — alongside Anne Coburn and her husband Aaron Lathrop, who are also puppeteers — has already written the pilot episode and outlined six more. Sketches have been made, an array of quirky characters has been created (with inclusiveness in mind, she emphasized) and circus arts and physics experts have been consulted. Episodes will run about 11 minutes and be akin to "Sesame Street," using music and fun activities to teach academic lessons about physics (think: a lesson about propulsion using cannons) and life lessons about resilience. In short, she said, it's "'Mythbusters' meets 'The Muppets.'"

"Circus Town" will debut online before being shopped to networks — likely Netflix and Amazon to start, Leigh said. The team is currently crowdfunding $18,000 to hire more puppeteers and artists to develop the set. The show will be filmed in Leigh's studio in North Philadelphia.

Eventually, Leigh added, she and her team would like to work with Philadelphia schools to perform live.