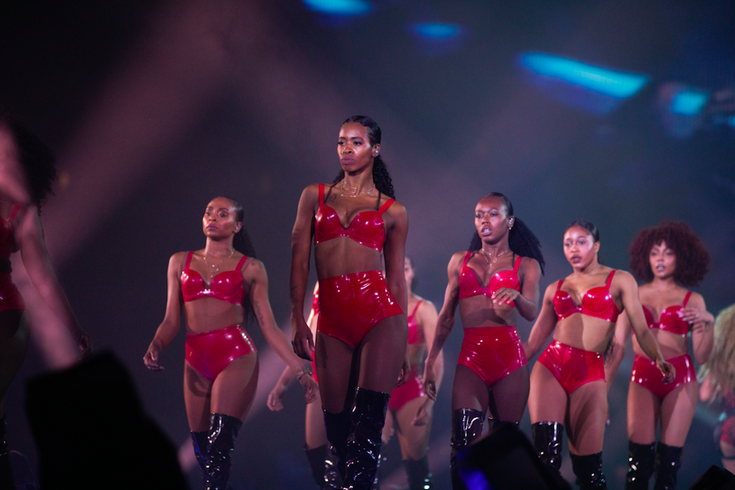 Quinetta Wilmington leading other female dancers on stage with Beyonce.

When Beyoncé and Jay-Z’s On The Run II tour touches down at Lincoln Financial Field in South Philadelphia tonight, it gets a taste of hometown dance flavor when “Quinny from Philly” hits the stage.

Born Quinetta Wilmington, from 23rd and Somerset streets in North Philadelphia, this dancer’s role in the Beyoncé’ universe went from a small spot in her video for 2013’s “7/11,” to the funky frontlines of the Carters’ current touring extravaganza. But there is so much more to Wilmington before she got to Bey and Jay.

“No, I never had any dance training,” Wilmington said of her start in show biz from On the Run II’s Washington, D.C. tour stop.

“My mom couldn’t afford that. I just watched dancing on television and mimicked it, until the moves felt right in my body. My mom eventually told me that I used to sing and dance to TV commercials.”

Without traditional training, Wilmington spent time in several neighborhood dance groups while in Central High School, and danced while getting a bachelor’s degree in nursing from Norfolk State University. That’s where and when she realized that she could make dance a career goal.

“I moved to California in 2009, hooked up with an agent, took dance classes, and began booking videos and live performances with Usher, Iggy Azalea, Tinashe and Rihanna,” she said.

California is also where she met Britton Shaw, a one-time recording artist for Sean Comb’s "Bad Boy" label and a dancer who worked with Chris Brown, Ne-Yo and appeared in commercials for Target.

“We met in the Valley when she moved to the neighborhood, and became friends’ of my fam,” said Shaw.

“We became friends, too, organically, then became like family because she’d always been at our house. After a while, if you hang out with someone special for too long, you’re going to start having feelings for that person. I had a crush on her.”

They went from being more than just friends, until they got engaged in 2016, then got married just weeks ago in Jamaica. 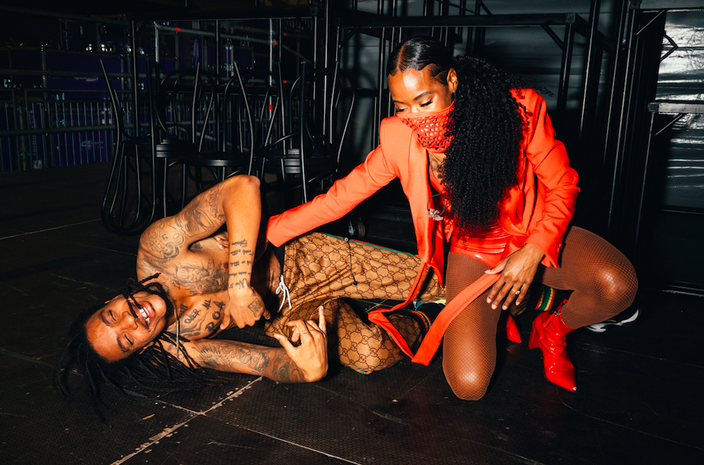 The couple, Britton Shaw and Quinetta Wilmington, being playful on tour together.

Before getting married, however, there was Beyoncé.

“She requires strength and excellence from everyone she works with because she requires double from herself," Wilmington said of her boss.

After getting the call for Queen Bey’s “7/11” video, Wilmington kept getting those calls: The 2013-2014 Mrs. Carter Show World Tour, HBO’s Lemonade spectacular, 2016’s Formation World Tour, which was preceded by Beyoncé's guest appearance during the Super Bowl 50 halftime show. Of the Super Bowl and the controversial Lemonade and militant-costumed Formation shows, Wilmington found them historic, “for the world – let alone, me,” she said.

“They were very much in line with who I am [as] an American woman. Seeing all of those black women in unison was beautiful, and 'Lemonade'’s story line was very affecting.”

When Beyoncé needed male freestylers and poppers for her performance at the BET Awards, Wilmington mentioned Shaw, who got the gig, and went onto further live events such as her triumphant gig at Coachella. 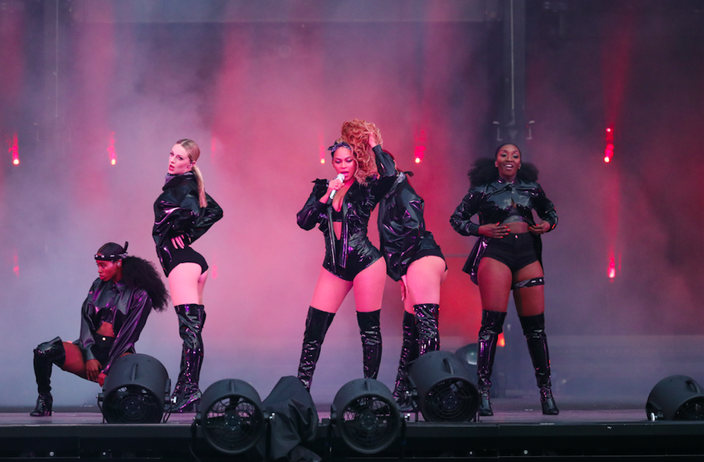 “I actually had that on my vision board – 'Do Coachella,'” said Shaw.

“First, it was too expensive to buy a ticket to. Next thing you know, I’m on stage with one of the world’s biggest artists.”

When it comes to that “big artist” – Beyoncé's husband – Jay-Z, and this current tour, Wilmington likens the trek to traveling with one’s family.

“It’s really family-oriented, moreso than any tour I’ve ever been on,” said Wilmington.

“They work together to make it a great show.”

As a Philly native, Wilmington is proud of her home town, always happy to get back here, and felt lousy about what Hova and Mayor Jim Kenney just went through in regards to moving Made in America off the Benjamin Franklin Parkway.

“We knew and, no, no, no – there was never any damp moods. It’s a dope festival and everybody did what they had to keep it in Philly,” she said.

And still, Wilmington and Shaw will get their chance to hang out with Wilmington's family at some point during the On the Run II tour.

“We’ll definitely eat at mom’s house, but make time to get a water ice and pretzel from our corner store.”