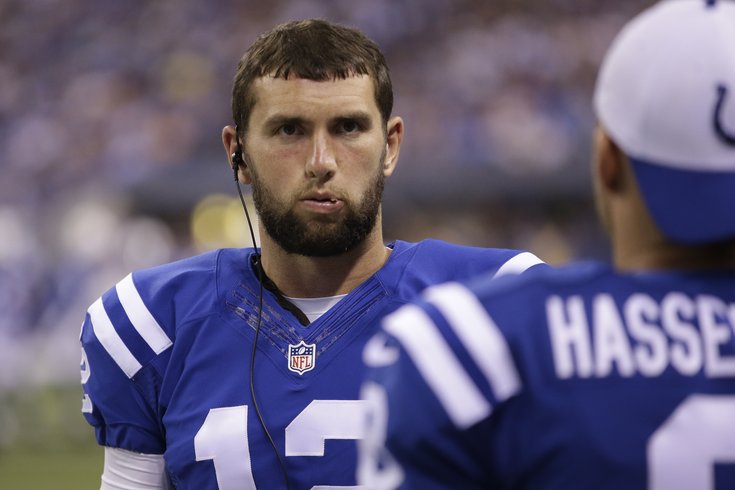 Andrew Luck is young, but his team isn't.

As of roughly 8:30 p.m. on cut down day, when we finished collecting data from all 32 NFL team website rosters, the Rams had the youngest team in the NFL, as they did the last three years. The Colts are the oldest. By the time you read this, this data will already out of date as teams continue to make tweaks to their rosters, although even with continued roster movement, the average ages of each team shouldn’t change much.

Here are the results, with a recent historic look at the average ages of each team on 53-man cut down day:

"The difference between the Rams and Colts is only 2.23 years. Big whoop."

While 2.23 years may not be a big difference between two individual players, keep in mind that these are the average ages of 53 players per team.

In other words, if you took the 23 oldest Colts and shaved 5 years off each of their ages, their roster still wouldn't be as young as the Rams.