The rodent hopped on the Market-Frankford Line at Tioga station 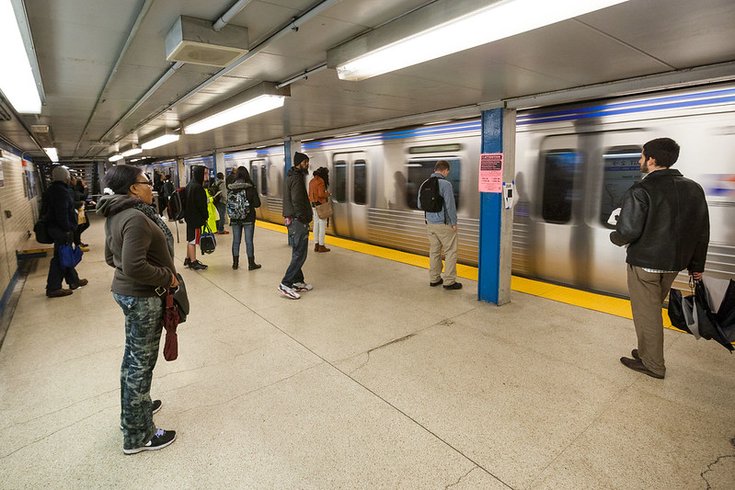 SEPTA Market-Frankford line passengers were a little spooked when a rat decided to take a ride on the train last week.

Anyone who's taken a SEPTA train before knows that rats exist in the stations. I tend to cringe at the sight of every rodent that moves around on the tracks, but one thought that never crossed my apparently very innocent mind was what if a rat decided to board a train?

A video of the monstrous rodent was taken by passenger Alexa Gold at the Tioga station in Harrowgate and posted by Fox29. It shows the rat racing around the train car, as many people scream and stand on their seats. One guy even tries to "shoo" the rat. (No, thank you.)

The train operator announces that the train is stopped due to a "rodent problem in the first car." The rat then makes its second move, rushing out from under a seat only to be met with more screams.

This isn't the first rodent to reach fame from the Market-Frankford Line. In January, we were introduced to Pretzel Rat, a rodent that found two (!) pretzels on the train tracks at 13th Street Station. Pretzel Rat was very chill and happy due to his food find — unlike this commuter rat who can't seem to escape the train no matter what it does.

SEPTA responded to the incident, noting that a rodent on the train is "very rare." The company said that when an incident, such as this one, gets reported the vehicle is immediately taken out of service for treatment. The company says they immediately began to investigate the situation after they became aware of the video.