The Philly version of Pizza Rat is Pretzel Rat, and here he is 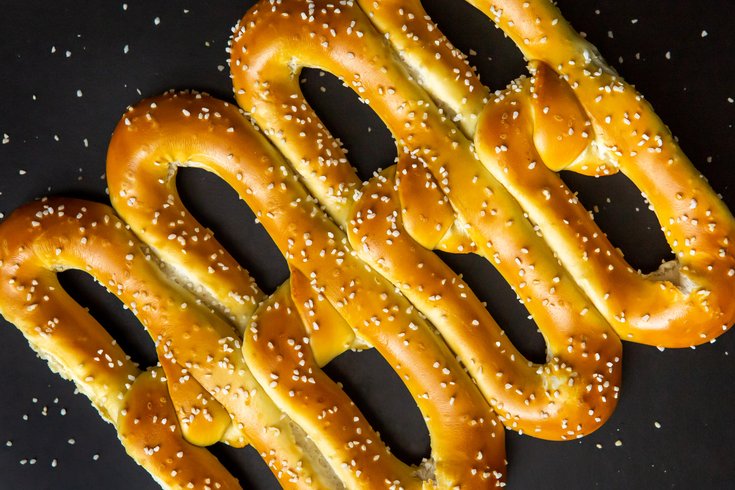 It was just a few years ago the Internet gave way to the legend of Pizza Rat, the famished New York City vermin who doggedly carried a comically large slice of pizza down a set of subway stairs before abandoning it on the third-to-last step.

Philadelphia advanced the Pizza Rat narrative on Monday night — and behold, Philadelphia's Pretzel Rat was born. One Reddit user spotted the rodent's cousin scavenging the tracks of inside the 13th Street Station of SEPTA's Market-Frankford Line at and recorded video of the determined little pest dragging not one, but two Philly soft pretzels, still stuck together.

Folks, meet Pretzel Rat. Watch here if the video below does not display.

It's unclear if the Pretzel Rat later abandoned his prized possession as Pizza Rat had or if he got to enjoy the bountiful feast. Either way, the video shows him making a decent go of it. It wouldn't be too surprising to learn he managed to secure both pretzels after the video was taken.

While we don't know the fate of Pretzel Rat and his dinner, and whether he shared it with his other cousins, we do walk away with several other questions: Where are the pretzels from? Will they have any salt left once they're done being dragged around?

Regardless, as one Reddit user noted, "Someone needs to get this rat a better agent."