The ship could be on the move 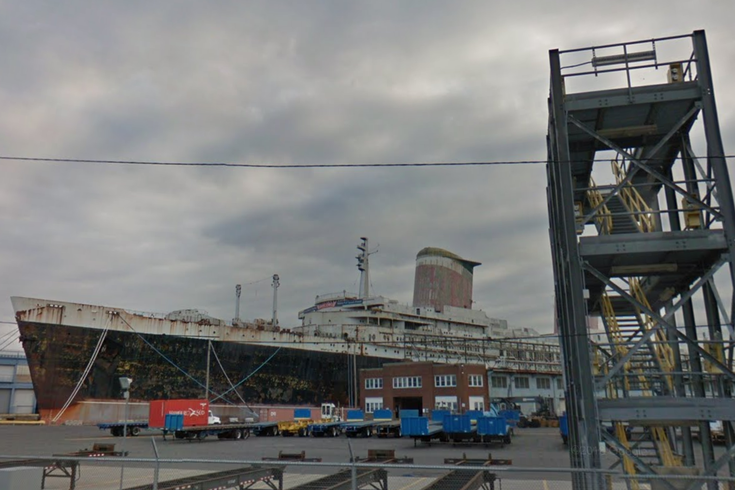 The SS United States Conservancy, the nonprofit dedicated to saving and repurposing the retired passenger liner, announced this week it’s reached an agreement with a real estate developer with an eye toward revitalizing the decaying ship.

Built in 1952 and docked on the Delaware riverfront for more than two decades, it is the only remaining ship carrying the country’s name.

At the time of the ship’s debut, it was the fastest ocean liner in the world.

The conservancy announced Monday that it entered into an agreement with RXR Realty, a New York-based real estate development firm.

Over the next few months, the conservancy said, RXR Realty will work to determine the viability of the SS United States’ redevelopment and “explore a range of potential locations” for the ship.

RXR also issued a statement alongside the conservancy’s announcement:

“The SS United States is one of America's great vessels and an icon of American engineering and design. Given our history of repurposing and updating some of this country's most historic structures, we are now working with the SS United States Conservancy to explore what options might exist for the ship, going forward. We are currently at the very beginning of this process – a process that will require substantial work on all sides. At the end of this period, we will have a better sense as to whether we have a viable plan and, if so, the specifics of that plan and in which waterfront community it might be actualized.”

Does this all mean the ship could be on the move if RXR Realty decides to revitalize the ship? It’s still early, but it seems the possibility is at least on the table.