Even though the Commonwealth is one of the biggest producers 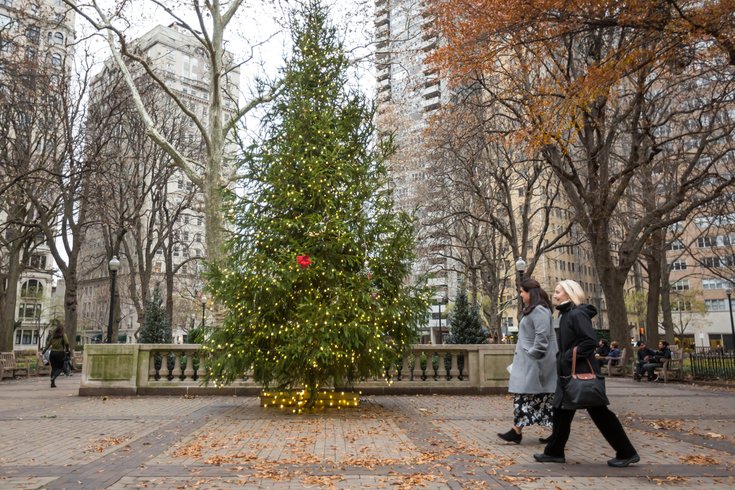 The Christmas tree at Rittenhouse Square.

The average cost for a live, 6-foot evergreen Christmas tree in the U.S. is $59, but according to a recent study on tree sales, Pennsylvanians are paying quite a bit more.

According to a study done by ChamberofCommerce.org, the Commonwealth is the fourth most expensive place to buy a Christmas tree, at an average cost of $73. The three states with higher prices are New York ($90), California ($82) and Colorado ($79).

Apparently, Pennsylvanians are paying 23 percent more for their trees than the national average.

Ironically, Pennsylvania is one of the top-tree producing states in the country — along with New York, Oregon, Virginia, North Carolina, Wisconsin and Michigan.

So, why such high prices, even in states where we're growing the most?

Some cite other states' losing steam on their own production because of the weather, not enough employees at farms, millennials (eyeroll), or those wildfires that wreaked havoc on California. So, states that are over-producing are forced to raise shipping costs and send them elsewhere.

But media outlets across Pennsylvania are reporting fair sales this season. More than 1,400 Christmas tree growers are based here.

Earlier this season, arborists worried the spotted lanternfly would be a problem for growers, but it has proven to be a non-issue, according to the Pennsylvania Christmas Tree Growers Association.

Unlike 2017, there doesn't appear to be a Christmas tree shortage, but there may be less selection. The National Christmas Tree Association told the Patriot Ledger that – for the first time in years – there is a "tight market," so while it's easy to blame a shortage, it's really just the absence of a surplus.

If you still haven't gotten your tree yet, you might consider a cheaper option with a roadtrip to New Jersey ($62) or to Maryland ($65).