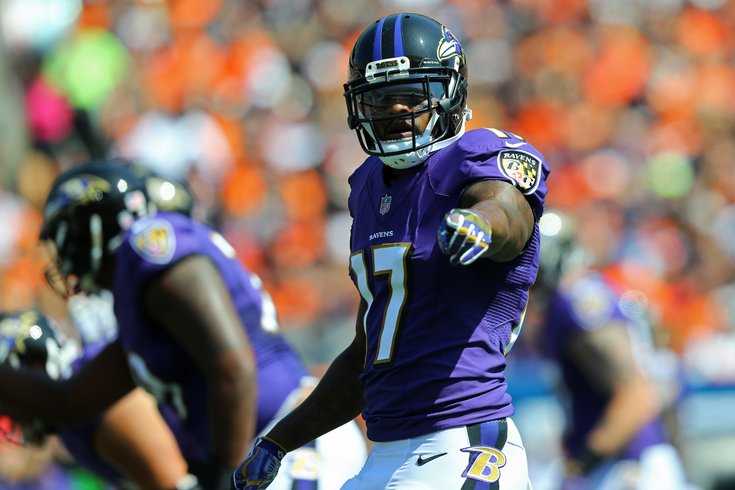 The Philadelphia Eagles have found their replacement for Torrey Smith, who they previously traded to the Carolina Panthers for cornerback Daryl Worley. On Thursday evening, the team announced that they had agreed to a one-year deal with wide receiver Mike Wallace.

According to Ian Rapoport of NFL Network, the deal is worth $2.5 million, with incentives.

For the #Eagles and FA WR Mike Wallace, it’s a 1-year deal worth $2.5M with incentives, source said. Slides neatly under the salary cap.

Wallace is still a productive receiver. His numbers the last two seasons in Baltimore:

Wallace was one of the fastest players ever to enter the NFL, as he ran a 4.28 40 at the 2009 NFL Combine. Obviously, wear and tear over the course of nine seasons in the NFL has slowed Wallace to some degree, but he can still run by defenders.

In the Eagles' offense, the mere threat of the deep ball should open up opportunities underneath for Zach Ertz, Alshon Jeffery, and Nelson Agholor. The move also allows second year pro Mack Hollins to grow in the offense more slowly, rather than being immediately elevated into a starting role.