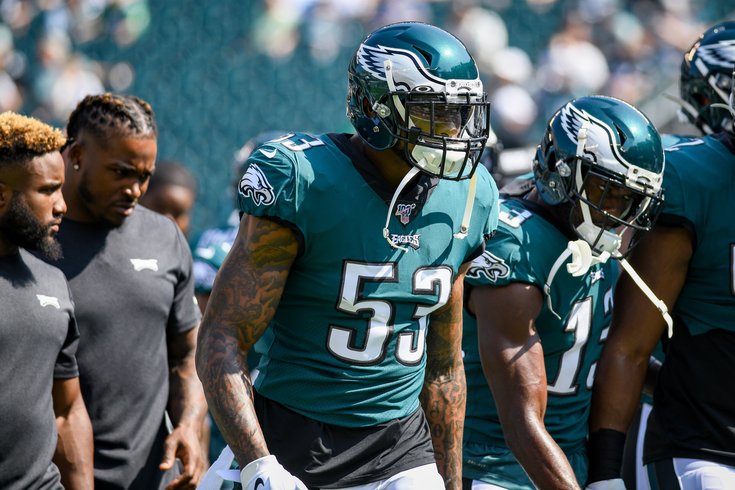 The Philadelphia Eagles are releasing their starting linebacker of the last four years in Nigel Bradham, according to a report from Adam Schefter of ESPN.

Eagles are releasing veteran LB Nigel Bradham, who was just informed of Philadelphia’s decision, per source.

Another notable cut, with more ahead in next month.

Bradham played in 58 games for the Eagles over the last four seasons, starting all 58.

Bradham was a steady three-down linebacker in Jim Schwartz's scheme, but one who did not make many splash plays. In four years in Philly, Bradham only had 2 INTs, 3 forced fumbles, and 5 sacks. His best season, by far, was in 2017, when the Eagles won the Super Bowl.

With Bradham now reportedly gone, Kamu Grugier-Hill likely soon to follow, and both Zach Brown and L.J. Fort both having been released during the 2019 season, the Eagles are highly likely to be shopping for starting linebackers in free agency.

The remaining linebackers under contract with the team are Nate Gerry, T.J. Edwards, Alex Singleton, and Duke Riley.

UPDATE: The Eagles aren't necessarily "releasing" Bradham, as Schefter's report reads. They are merely declining a team option on him for 2020.