Zulfi Hoxha graduated from Atlantic City High School in 2010. He is now a senior commander with ISIS, documents say 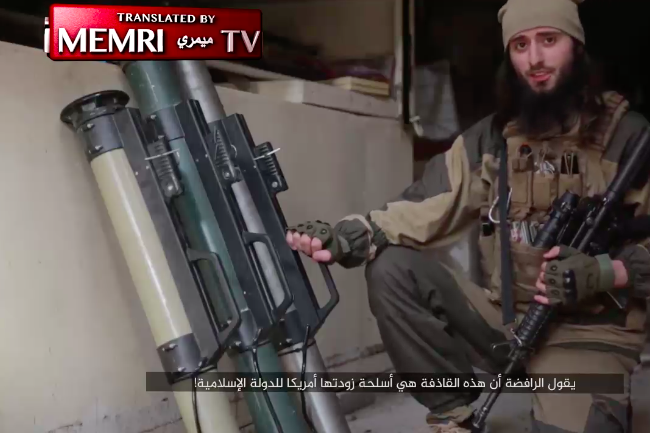 A screengrab from an ISIS propaganda video released in May 2017 shows Abu Hamza al-Amriki, whom The Atlantic identified this week as Zulfi Hoxha of Margate. Hoxha graduated Atlantic City High School in 2010, according to the report.

Zulfi Hoxha is believed to have left his parents' home in a quiet Jersey shore town to join the Islamic State nearly three years ago.

Today, the son of the former owners of Pierre's Pizza in Margate has risen through to the upper ranks of the militant groups and was shown beheading captured Kurdish soldiers in an ISIS propaganda video, according to a report in The Atlantic.

Citing documents connected with a two-year federal investigation, the magazine reported that Hoxha grew up on Washington Avenue in Margate and graduated from Atlantic City High School in 2010, but was radicalized in the following years as he established connections through the internet.

He is now a senior commander and one of the highest-ranking Americans within the organization, according to the report. He also is the first American known to have been shown on an ISIS video taking part in a beheading.

Hoxha, 25, was identified in filings for the federal criminal case against David "Daoud" Wright, a Massachusetts man who was convicted last year on terrorism charges and was sentenced to 28 years in prison.

Hoxha reportedly left the United States for Istanbul, Turkey, on April 6, 2015, and was in an ISIS training camp in Syria days later.

The current owner of Pierre's Pizza, Richie Hafizi, told the Press of Atlantic City that news of Hoxha's affiliation with ISIS has nearly ruined his business.

“I have a family to feed, and this has hurt me a ton because now people think I am connected to ISIS,” Hafizi told the Press. “We’ve gotten calls from people asking for pizza with a head on top of it and other crazy calls.”

Hoxha's mother, Ltefaji Hoxha, told NBC10 that about a year has passed since she last spoke with her son.

"I am upset," she told the station outside of her home, confirming the information in the court filings. "No good. I'm very upset."

Investigators identified Hoxha as a masked man shown in a 45-minute propaganda video released in May 2017 and titled "We Will Surely Guide Them To Our Ways," the Atlantic reported last week.

Hoxha reportedly went by the name of Abu Hamza al-Amriki and spoke with an American dialect. In the video, which reportedly puts him in northwestern Iraq at the time, he criticizes U.S.-led efforts fighting against ISIS and showed off American-made rocket launchers.