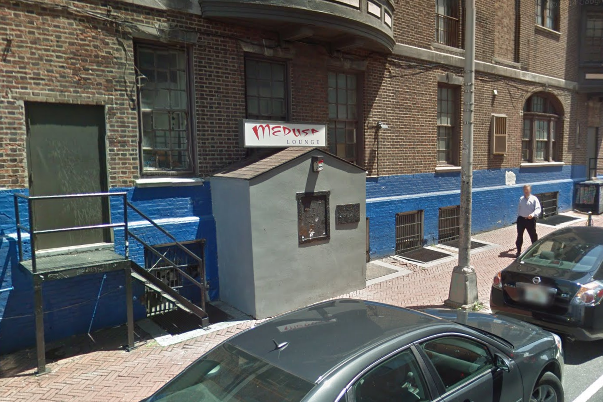 Medusa Lounge on 21st and Chestnut looks to have closed its doors, according to Newsworks.

UPDATE: Portia Morales, manager of Medusa Lounge, contacted PhillyVoice on Saturday night to deny an earlier report that they were facing permanent closure and eviction.

Though it had been closed for about three weeks to resolve L&I violations, she said the eviction notice was erroneously posted and that they were open over the weekend.

"Usually, when people see a red and white sign, they think it's the end," she said.

Marc Ginsburg or his attorney couldn’t confirm to Newsworks if the threat of eviction was dropped.

It looks like Medusa Lounge, a lively dive bar near Rittenhouse Square made famous by its live DJ sets, has danced its last dance — at least according to a report.

The bar's owner hasn't paid the rent since May and filed for eviction last week, according to Newsworks.

Medusa, at 21st and Chestnut streets, was once home to many DJs, including Dave Adams, or Lil'Dave, who would play sets there four years ago. He told Newsworks:

“It was always a fun place to play because people would come there to dance and drink cheap drinks, have a good time. There was not a lot of inhibitions there: People just got onto the dance floor.”

It's not clear when the bar officially shut its doors; the Medusa Yelp page firmly lists it as closed and one flyer advertised an event at Medusa Lounge called "Work the Box: One Last Time...Then It's Dead!" on Aug. 6.

Calls to Medusa Lounge on Saturday elicited no response.