Report: There have been 'trade discussions' for Eagles RG Brandon Brooks 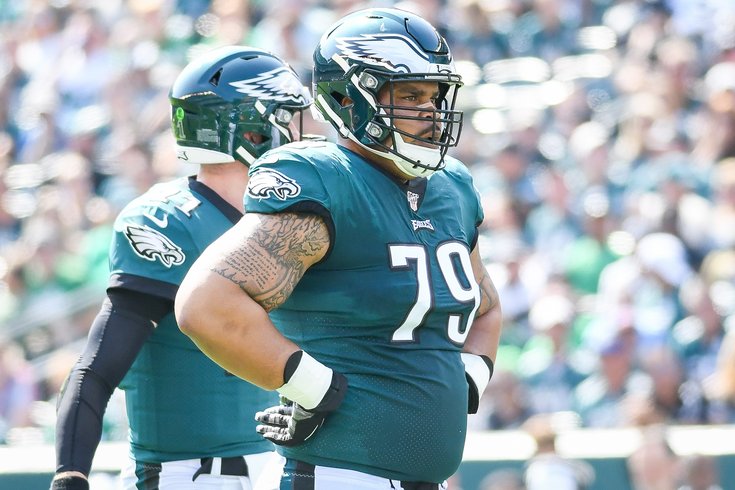 There have been trade discussions for Philadelphia Eagles RG Brandon Brooks this offseason, according to a report from Albert Breer of Sports Illustrated, who named Brooks among 15 veteran players around the league (a list that also included Zach Ertz) who have at least generated talks.

Eagles G Brandon Brooks: Among the NFL’s best guards before he got hurt, a torn Achilles cost him the 2020 season. But he was healthy enough to practice before the end of the year, and the 31-year-old is under contract the next four years for a reasonable $53.2 million, and just $10.5 million this year. There have been trade discussions here.

As you're all aware, Brooks ruptured his Achilles during the summer and missed the entire 2020 season. It was his third major injury in an 18-month span:

Brooks was able to return from his first torn Achilles in time for the start of the 2019 regular season, an extremely impressive feat for a 340-pound man. He has also stayed in shape, and then some, since his injury. I mean:

In addition to overcoming major injuries and playing at a Pro Bowl level, Brooks has also heroically battled anxiety and become one of the team leaders in the locker room. So if there's someone who can overcome a second ruptured Achilles, it's him. Still, Brooks' now extensive injury history has to be a major concern for the Eagles going forward, from a roster-building perspective.

If the Eagles traded Brooks conventionally (as in, prior to June 1), they would take on a dead money hit of $12,250,707, and would only save $2,303,528, per OverTheCap. In other words, there's little incentive for the Eagles to want to get rid of Brooks. The return compensation would have to be worth their while.

The bet here is that Brooks will be back with the Eagles in 2021.