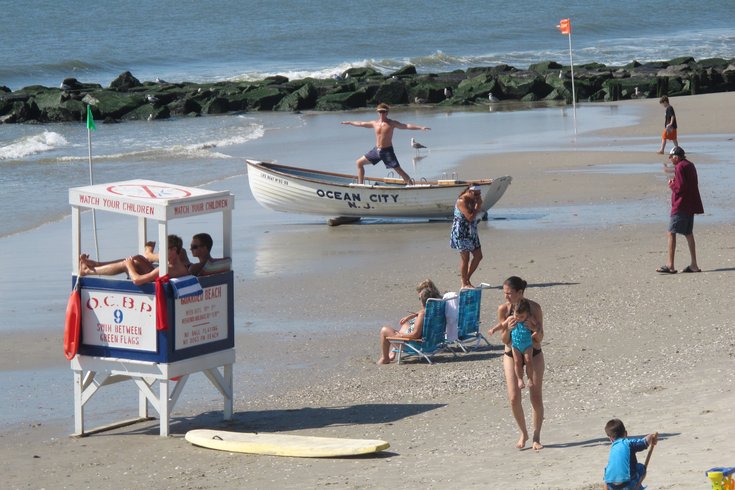 A lifeguard works out aboard his rowboat as beachgoers play on the sand in Ocean City, New Jersey, in a photo taken Aug. 29, 2012.

Two Philadelphia men were among five people arrested on the Fourth of July for allegedly assaulting lifeguards who reported a disturbance to local police.

The incident reportedly occurred around 4:30 p.m. Tuesday on the beach near Eighth Street and Ocean City Music Pier, according to The Press of Atlantic City.

Lifeguards on duty at the beach called police for assistance with a group of reportedly intoxicated and noisy people, who then allegedly began to attack them before officers arrived at the scene, police said. Some of the men later reportedly attacked police.

Two of the suspects allegedly fled to the boardwalk and into Gillian's at Sixth Street, but police and lifeguards were able to track them down. Three others were arrested on the beach.

All five were released on summons.