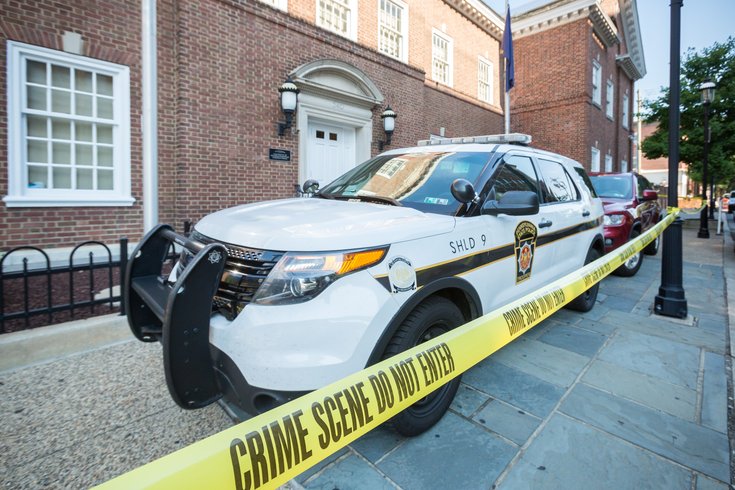 A Pennsylvania State Police vehicle sits inside a crime-tap perimeter outside of the IBEW Local 98 union offices at 1701 Spring Garden St. on Friday, Aug. 5, 2016.

Federal authorities on Friday morning descended on multiple locations in Philadelphia, including the offices of IBEW Local 98 and the home of labor leader John Dougherty. 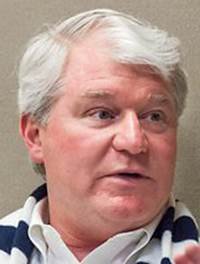 The FBI said agents were at the electricians union hall at 17th and Spring Garden streets in Spring Garden for an "ongoing investigation."

Investigators also raided Dougherty's home on Moyamensing Avenue in South Philadelphia and his bar, Doc's Union Pub, located on South 2nd Street, in addition to offices at City Hall, according to an FBI spokesperson.

Reached by phone on Friday morning, Dougherty said he declined to comment on the investigation, beyond what he told reporters outside of his home: "Nothing has changed in my house except maybe for the tomato plants in the backyard," he said, referencing a previous FBI raid of his home in November 2006.

But he took to Facebook early Friday evening to wishing everyone an enjoyable weekend and saying he's been through investigations previously.

Johnny Doc says on Facebook that he's "been thru this before" and he wants everyone to "go enjoy the weekend." pic.twitter.com/hYwbUHu4Ta 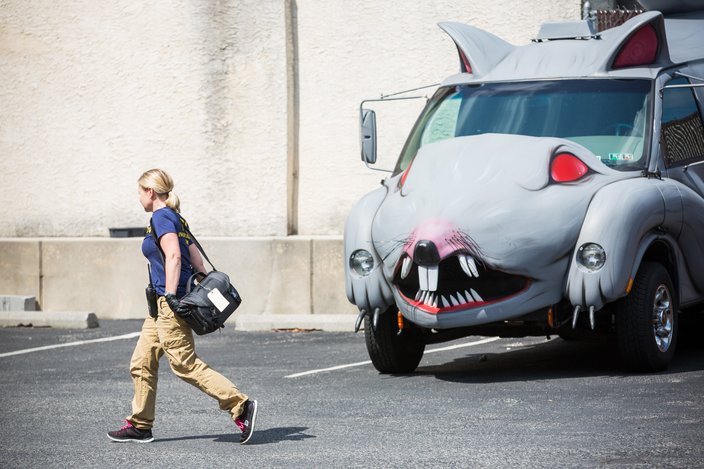 Frank Keel, spokesman for IBEW Local 98, released a statement saying the union and Dougherty are cooperating with investigators.

"Local 98 undergoes an extensive annual audit and is subject to many layers of financial controls and oversights, which makes us question media reports of allegations of financial impropriety as the basis of the investigation," Keel added. "Similarly, the search of John’s home is puzzling, since nothing in it or about it has changed since the last time the FBI searched it a decade ago. There will be no further comment on this situation at this time, pending further developments."

At 10 a.m., three Philadelphia police officers and a pair of Pennsylvania state trooper stood outside the front entrance to the hall, barring anyone from entering the building. Around the back, two more state troopers guarded a rear entrance.

Investigators carried out dozens of boxes containing paperwork and computer hard drives from the union hall, according to multiple media reports. They seized similar items from Dougherty's home. 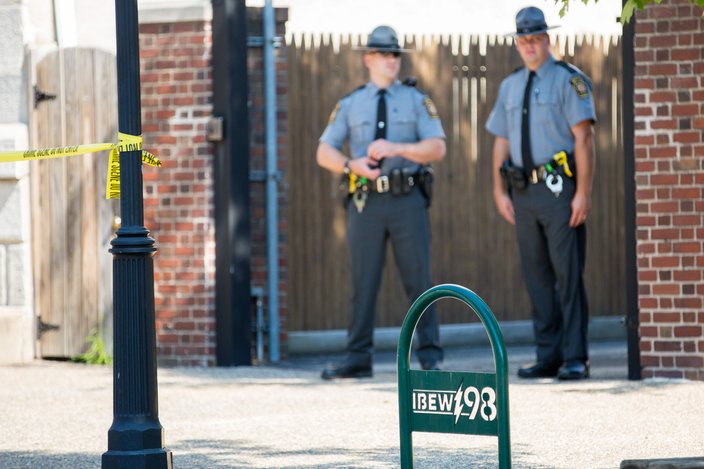 Pennsylvania State Troopers block the rear entrance to the IBEW Local 98 union offices at 1701 Spring Garden St. on Friday, Aug. 5, 2016. The FBI raided the union hall as part of an

They confirmed they were FBI. Declined to answer questions. I left and this guy came out to keep others out. pic.twitter.com/YovAHRC6C4

A call to Henon's spokesperson for comment was not immediately returned.

Mayor Jim Kenney's Office declined to comment on the investigations. Kenney has close ties to Dougherty, who supported him in his mayoral campaign last year.

"They could be there for a hundred reasons," Jones said. "I take no joy in any of my colleague's troubles."

The reason for the investigation is currently unknown.

This is not the first time Dougherty has been investigated by the FBI, though he has never faced criminal charges.

Federal agents searched Dougherty's home in November 2006 as a part of a tax-fraud investigation into electrical contractor Donald "Gus" Dougherty, a longtime friend who is of no relation to the union leader. Gus Dougherty later pleaded guilty to 99 charges, including doing $115,600 of electrical work on Johnny Doc's home for free.

Gus Dougherty also admitted to paying himself and his workers partly in cash, an effort to avoid taxes. This also shortchanged Local 98, which represented his workers, of money used to cover health and retirement benefits.

Gus Dougherty was sentenced to two years in prison, but John Dougherty never was charged for accepting free work. Yet, a 2006 affidavit unsealed two years ago alleged he received $300,000 in free renovations to his home. It also claimed Dougherty and his wife, Cecilia, underreported their income on joint tax returns filed between 2002 and 2005 to conceal about $106,000.