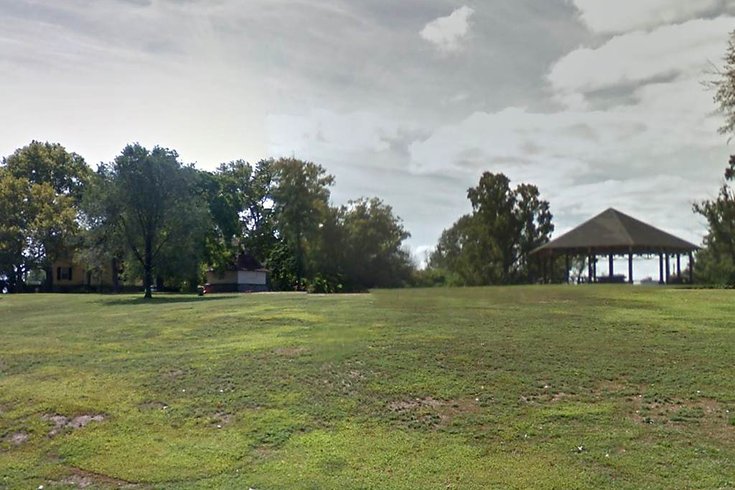 The gazebo off Lemon Hill Drive, near the Lemon Hill Mansion, in distance at far left.

A group of demonstrators that some were calling neo-Nazis rallied Saturday in Philadelphia, where they were met by counter-protesting Antifa activists and a police response.

Some social media users claimed that the event was a neo-Nazi rally.

There is a Nazi rally in Philly going on right now.

A Philadelphia Police Department spokesperson said a group of about 30 demonstrators had gathered in Lemon Hill for about two hours, but he did not know the group's affiliation, if any.

They were met by a group of Antifa counter-protesters, but the demonstration and the encounter had ended by the evening without incident, the spokesperson said.

A Twitter account named "ANTIFA Philadelphia" posted updates throughout the event, initially alerting its members that "Nazis" were gathering on Lemon Hill and planned to march to the Art Museum of Philadelphia.

The group called on its members to "oppose these scum! Don't let them have the streets!"

ALERT! Nazis gathering on Lemon Hill! They plan to march to the Art Museum! All out to oppose these scum! Don't let them have the streets!

UPDATE! THE NAZIS ARE NOW RALLYING AT THE THORFINN KARLSEFNI STATUE ON KELLY DRIVE. THE STATUE IS LOCATED AT THE BOTTOM OF LEMON HILL.

UPADTE! THE NAZIS ARE RETREATING BACK UP LEMON HILL FROM KELLY DRIVE. THE ARE CURRENTLY GATHERED AT THE GAZEBO AT THE TOP OF LEMON HILL.

The demonstrators reportedly left the Fairmount Park area and were headed toward FDR Park in South Philadelphia, but there appeared to be no further updates.