Juveniles involved have been identified 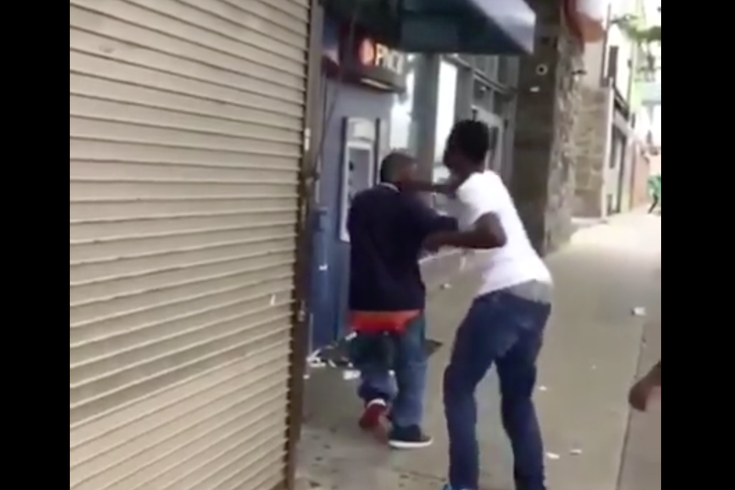 Police are searching for the suspects in a viral video posted to Facebook that shows a man getting violently punched in the face on a street in the Germantown section of Philadelphia.

A video that shows a man getting punched in the face by two juveniles is calling on police to bring justice to the situation.

The 30-second-long, slow-motion video begins with a close-up of the man facing the camera; an "I love Jesus" lanyard can be seen hanging around his neck.

A boy stands in the background of the shot and suddenly reels back and strikes the man in the left cheek with his fist. As the man looks to escape, another male punches him.

The video, which was posted Monday and had been viewed more than 2 million times by Tuesday, was shared on Facebook by Gerald Andrews, who said that the man is mentally disabled. Andrews has since removed his post, but the video has been widely shared elsewhere.

Philadelphia police said Tuesday that the four juveniles in the video have been identified and brought into custody, according to the Inquirer. Charges for two of the juveniles are pending, a police spokesperson confirmed Wednesday.

Northwest Detectives believe two of the suspects may have been involved in last week's incident at Fitler Academics Plus School, where principal Anthious Boone was hit in the face with a brick while breaking up a fight. The two incidents occurred within three blocks of each other.

WARNING: The video below contains physical violence and may be disturbing for some readers.

Andrews told Philly.com that the victim's name is Mark and that he works at a ShopRite supermarket in Cheltenham.

On Tuesday morning, a manager at the ShopRite told PhillyVoice that he was aware of the video but could not comment further.

Andrews told NBC10 the incident happened last Thursday at Chelten Avenue and Knox Street in the Germantown neighborhood of Philadelphia.

“Obviously, what is depicted in the video is very disturbing,” Sgt. Eric Gripp told Philly.com.

Anyone with information is asked to call the Northwest Detective Division at (215) 686-3353.