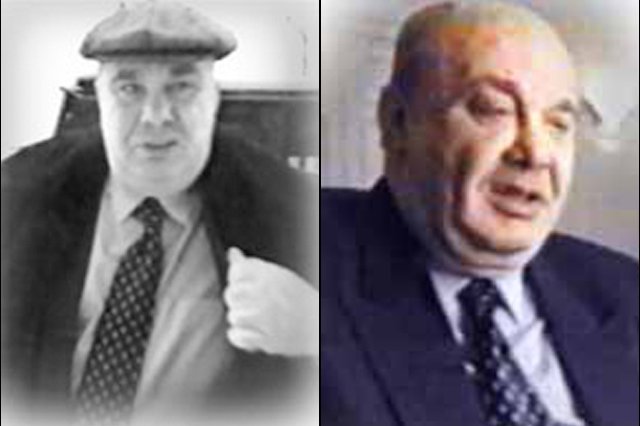 /Photo provided by the FBI

Semion Mogilevich – a reputed Russian mob boss know as the "Boss of Bosses" who has a connection to the Philadelphia area – has been bumped from the FBI's Ten Most Wanted Fugitive List in favor of an alleged bank robber wanted in Colorado.

Moglievich remains at-large wanted for his alleged involvement in a stock manipulation scheme that defrauded thousands of investors out of more than $150 million, according to the FBI. He had been added to the Ten Most Wanted list on Oct. 21, 2009.

The FBI said in a release that the agency's search for Moglievich received extensive publicity, even though it did not result in his capture. The release also stated Mogilevich is known to be residing outside of the country in a nation with which the United States does not have an extradition treaty, and he no longer poses an immediate threat to the public.

Mogilevich will be only the seventh top-ten fugitive since 1950 to be removed from the Ten Most Wanted list prior to apprehension, death or the dismissal of charges. The FBI stated, despite his removal from the list, he remains a part of an active investigation "intended to ultimately apprehend him ..."

According to information released by the FBI in 2009, Mogilevich allegedly defrauded investors in the stock of YBM Magnex International, a company he controlled – which had its world headquarters just outside Philadelphia.

As bad as that scam was, Mogilevich’s continuing international criminal enterprise is believed to be much worse. “The FBI doesn’t have the jurisdiction to charge him with other crimes taking place solely in other countries,” said Special Agent Peter Kowenhoven, “but open-source reporting shows him to be involved in weapons trafficking, contract murders, extortion, drug trafficking, and prostitution on an international scale.” Agent Kowenhoven ... describes Mogilevich as a ruthless criminal. “Victims don’t mean anything to him,” he said. “And what makes him so dangerous is that he operates without borders. Here’s a guy who managed to defraud investors out of $150 million without ever stepping foot in the Philadelphia area.”

An article in Dec. 2014 published in Business Insider called Mogilevich the "worst gangster most people have never heard of."

It described the native of Kiev, Ukraine, as a portly, chain smoker who dabbled in trading nuclear material and was the main money laundering contact for the Russian super-gang Solntsevskaya Bratva.

A 1998 FBI report described Mogilevich as the leader of a criminal organization that specialized in arms dealing, prostitution drug trafficking, oil deals and other nefarious acts.

Myloh Jaqory Mason takes Mogilevich's spot on the FBI list. He is alleged to have robbed at least two banks this fall in Lakewood, Colorado. In one instance, Mason and two other men wearing costumes from the horror movie "Scream" allegedly shoved guns in the faces of bank tellers and threatened to kill them unless they opened the bank's vault.

In the second bank robbery, Mason and the two men allegedly "brutalized" the tellers until they gained access to the vault. In the aftermath, Mason and the men allegedly shot a man four times, stole one car, and after they crashed it, shot a woman who they had attempted to carjack.