The indie theater will show its last film on Sunday 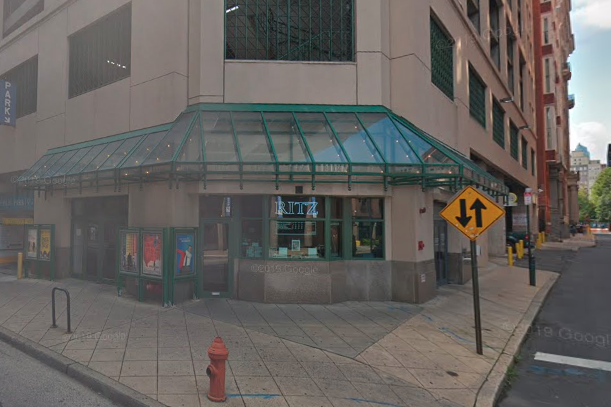 Ritz at the Bourse will show its last film on Sunday, Jan. 26. The theater will completely close on Wednesday, Jan. 31. It is unclear why the theater's owner, Cohen Media Group, has decided to close the beloved indie movie haven.

The beloved indie movie theater, Ritz at the Bourse, will close later this month, the theater's ownership group announced on Sunday.

“We regret to inform you that the Ritz at the Bourse is closing. Thank you for your continued patronage and we look forward to serving you at the Ritz East and the Ritz Five,” Cohen Media Group said in a statement obtained by the Philadelphia Inquirer.

The last day to catch a film at the theater, located at 400 Ranstead St., will be Sunday, Jan. 26, The Inquirer reports. The facility will close entirely on Friday, Jan. 31.

Cohen Media Group did not say why the theater is closing. Its two other Old City theaters, Ritz East and Ritz Five, will remain open.

Ritz at the Bourse, a five-screen theater, is known for showing independent features and cult classics, like "Rocky Horror Picture Show," as part of its "Midnight Madness" series.

The theater is currently showing "A Beautiful Day in the Neighborhood," "A Hidden Life," "Pain and Glory," "Honey Boy," "The Irishman," "The Lighthouse," and a documentary, "What She Said: The Art of Pauline Kael."

Ramon L. Posel opened the theater in Old City in 1990. Posel then sold the Ritz at the Bourse, Ritz East and Ritz Five to Landmark Theatres in 2007. That company, which operates 51 theaters and 251 screens in 27 markerts, was acquired in 2018 by CMG, a distribution and production company owned by Charles S. Cohen, a real estate developer and filmmaker.