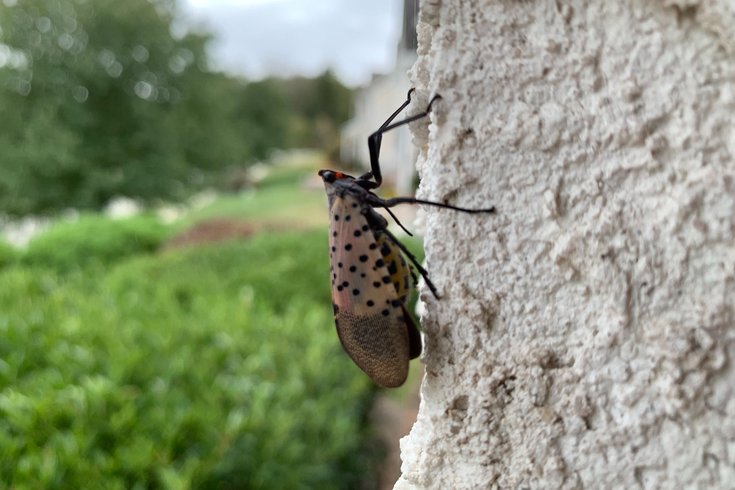 The spotted lanternfly, which largely infests southeastern Pennsyvlania, reportedly costs the state an estimated $50.1 million a year with a lost of 484 jobs. If the infestation spreads to take over the whole state, it would increase the damages to $325 million a year.

The spotted lanternfly has taken over the better part of southeastern Pennsylvania every summer since 2014, costing the state roughly $50 million every year, according to a new report.

Researchers at Penn State examined the economic impact of the lanterfly infestation and found that its damage to Pennsylvania agriculture has cost the state $50.1 million every year and eliminates an estimated 484 jobs every year. Those that are hit the hardest by the pest include nurseries, fruit growers, Christmas tree growers, and hardwood producers.

The infestation is at its worst in the southeastern portion of the state, which researchers refer to as the "quarantine zone." This includes Berks, Bucks, Carbon, Chester, Dauphin, Delaware, Lancaster, Lebanon, Lehigh, Monroe, Montgomery, Northampton, Philadelphia, and Schuylkill counties. It affects growers and forest landowners the most with $29 million in extra costs. Another $21 million is imposed on the economy each year due to reduced spending.

Researchers estimate that if the infestation spread across the whole state it would cost a whopping $325 million a year with a projected loss of 2,810 jobs.

The bug, native to Asia, was first discovered in the United States in Berks County in 2014. Since its discovery, the pest has spread into parts of New Jersey, Delaware, Maryland and Virginia.

While the lanterfly normally feasts on the sap of the tree of heaven, a tree native to China and Taiwan, it also threatens vital industries, including crops, such as grape and tree fruit, hardwood, and nurseries. After weakening the crops, the bug leaves behind a sugary excrement called "honeydew," which promotes mold growth that further harms agriculture and will attract other insects.

In September, the U.S. Department of Agriculture announced it was attempting to thwart the bug's invasiveness by slowly introducing the lanternfly's natural predator, a tiny wasp from China. These wasps lay eggs inside of the baby lanternflies effectively killing them. However, it will take years before the department knows if it would be safe to unleash these predators on the natural ecosystem.