Calvin Tucker, one of few African-American delegates at the Cleveland convention, said nominee focused on issues that matter to his view of Philadelphia

Calvin Tucker, Pennsylvania’s lone African-American voting delegate at the Republican National Convention, boarded a bus Friday morning for his seven-hour trip back to a hometown that will soon host the opposing party’s gathering.

The political world outside of that bus – which was just pulling out of the Ohio city en route to Exton and then Philadelphia – split into two markedly distinct camps.

Some thought Republican nominee Donald Trump painted an accurate picture of the challenges facing the country, while others were taken aback by descriptions of a dark, dystopian country they don’t recognize.

Tucker, 63, sided with the former.

“I’m walking away from the convention thinking Donald Trump hit a home run,” said Tucker, chairman of the Philadelphia Black Republican Council and 22nd Ward leader. “He spoke about the issues I’m concerned about, [specifically] creating jobs in urban areas. 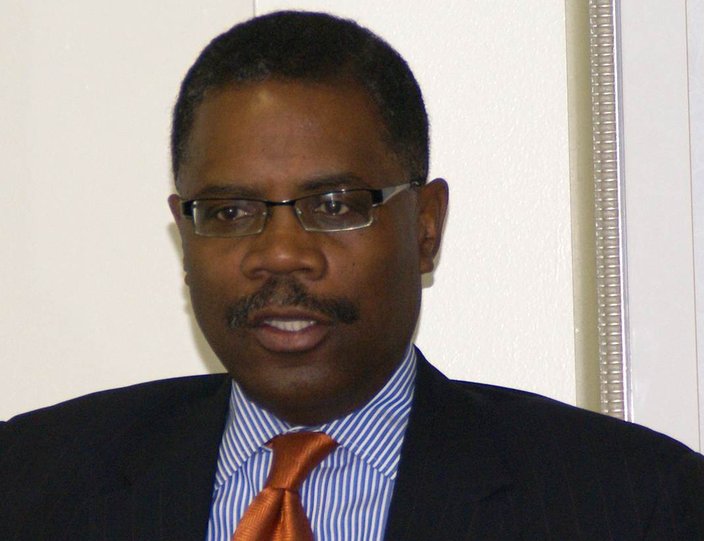 “He was realistic about where we are as a country, facing issues of poverty and violence both domestic and internationally. He talked about the problems and provided the solutions that he’d have to offer.”

Noting that he was disappointed in Ted Cruz’s decision to withhold a Trump endorsement – wishing him luck in the future with his apparent strategy – Tucker maintained that images evoked in Trump’s acceptance speech accurately reflected the desperation he’s seen in urban areas like Philadelphia.

“It’s not all sunny and rosy where we live. ... It’s a situation that we have to be factual, to be realistic, about.” – Calvin Tucker, RNC delegate

“It’s not all sunny and rosy where we live, the conditions in our country, economic disparities, the lack of jobs,” Tucker said from the bus. “It’s a situation that we have to be factual, to be realistic, about.”

Regarding his status as one of very few African-American delegates at the RNC, Tucker said he met with a number of peers who were “very enthusiastic about the Republican Party and Donald Trump,” but conceded that progress is still needed.

“We have a lot of work to do as African-American [delegates] to convince and persuade our community that we need political leverage. I’m disappointed that we as a group don’t necessarily understand the political process,” he said. “We can’t be so concentrated in one party, because it takes you for granted. Then, in the other party, we’re not a significant block, so they may not pay attention to you.

“If we are to be a force in the political process, we have to understand political equality, and that means having people in both the Republican and Democratic parties.”

By Friday afternoon, Tucker will be back in Philly, where Democrats next week will remove "presumptive" from Hillary Clinton's nominee description so she can officially face Trump in the general election.

“This is democracy. I hope the Democrats and their nominee have a great convention,” Tucker said. “As Don King, who I had a chance to talk to in Cleveland, says, ‘Let’s get it on.’ Once the Democrats do their thing, whoever has the best ideas and solutions to the problems we’re facing as a country – which I think is Donald Trump – is going to win.”