Rock out to The Beatles, The Grateful Dead and Phish 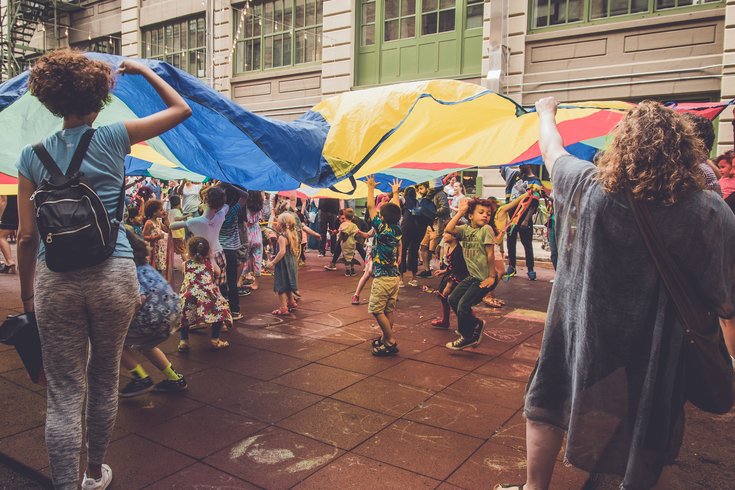 Courtesy of Rock and Roll Playhouse/PhillyVoice

The Rock and Roll Playhouse and Philadelphia's Ardmore Music Hall have announced their first-ever run of "Rock & Roll For Kids" family concerts.

If you're both a parent and a music fan, there's a good chance you've missed big concerts to spend time with your family, and there's an even better chance you've had to listen to irritating tunes your kids love but you can't stand.

Family-friendly concerts at the Ardmore Music Hall aim to please both young kids and parents.

Presented by Rock & Roll Playhouse, the series "Rock & Roll for Kids" includes the music of The Beatles, The Grateful Dead, Phish and other iconic groups and artists.

RELATED: Most kids aren’t getting enough physical activity. Are yours?

The idea for Rock & Roll Playhouse came to Peter Shapiro, a parent of two young children, after he discovered first-hand a lack of regular programming in New York City that combined his passion for live music and his family. He collaborated with Amy Striem, then an administrator at his daughter's nursery school, to help fill the void.

Using the songs created by the most iconic musicians in rock history, Rock & Roll Playhouse offers its core audience of 3 to 8-year-olds an opportunity to rock out, plus games and stories.

Since beginning in 2013, Rock & Roll Playhouse has hosted 400 concerts covering various artists and genres. A few times, special guests have joined the party – Questlove made an appearance at one in New York.

The first concert at Ardmore Music Hall took place winter 2017 and covered the music of The Beatles. To see the current lineup of shows, head to Rock & Roll Playhouse's website here.