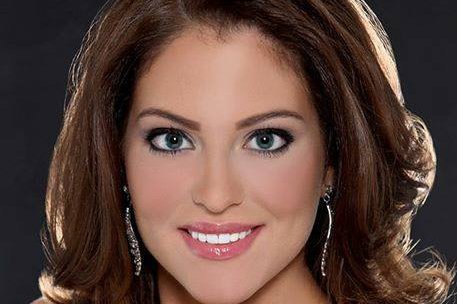 Giannini, 21, performed a dance routine during the competition at the Music Pier in Ocean City. Her platform aims to raise awareness of the dangers of distracted driving.

During the discussion portion of the final round, when the field of 28 was down to five, Giannini said she helped install permanent street signs that raise awareness of the issue. She said the signs are in 25 states and that she testified before the Senate and municipalities about the issue. She said as Miss New Jersey, she will continue to promote that platform.

“If I can save one life, or get one teen to put the phone down because of the work that I’m doing, then everything I will do this year will be worth it,” Giannini told the Press of Atlantic City. "I would really like to expand the education of Dangers Of Distracted Driving this year, my year of service. I have already been traveling to parts [of] the state of New Jersey but I hope to expand that throughout the state."

This year was Giannini's fourth Miss New Jersey contest, after finishing in second and fourth place in past years. She will go on to compete for the title of Miss America in September in Atlantic City.

Read more from the Press of Atlantic City.