Running with Raynaud's: Exercising outdoors in the extreme cold – safely 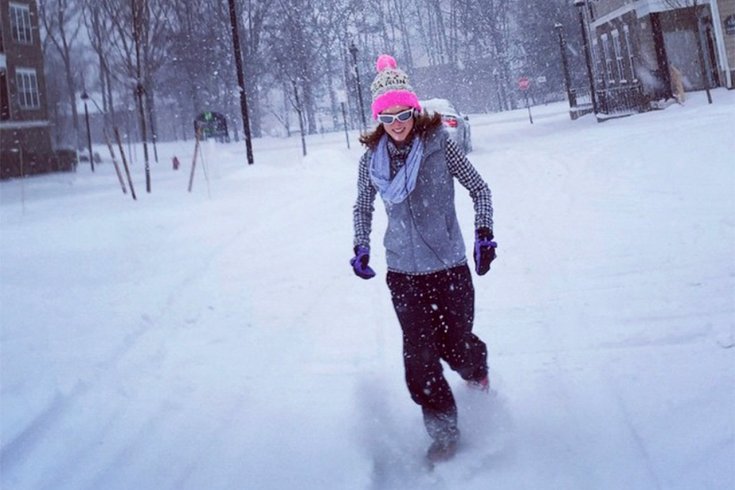 For people who have primary Raynaud’s phenomenon, outdoor exercise in cold weather is generally safe. The author runs outside during winter but takes precautions.

I’ve been a runner for the past 10 years and have covered at least three miles every day since June 2018, when I began my running “streak.” During warmer months, I run exclusively outside. I enjoy triple-digit heat and even summer rainstorms. I endure the merciless mosquitoes, the inevitable chafing, and the requisite layers of sunscreen.

I never complain, because running when it’s hot is much easier for me than running when it’s cold. That’s because I experience Raynaud’s phenomenon, a condition which causes vasospasm –  narrowing of the arteries caused by a persistent contraction of the blood vessels – in the hands and feet due to extreme cold or stress.

RELATED READ: Why I started a running streak

During a Raynaud’s episode, a person temporarily loses blood flow to their fingers, toes, and sometimes even their ears, nose and tongue. This causes the affected body parts to become white and numb. When the body is warmed and blood flow returns, the numb, white areas typically turn blue and red – and burn. Raynaud’s attacks can occur over minutes to hours and can range from moderately uncomfortable to extremely painful. They can make outdoor exercise like running, cycling and ice skating difficult or imprudent in cold winter weather.

Raynaud’s is an idiopathic condition, which means doctors and medical researchers don’t know exactly why it happens.

“We know how it works, but we don’t know the cause,” said Dr. Roberto Caricchio, associate professor of medicine at the Lewis Katz School of Medicine and director of the Temple Lupus Clinic. He said the most important consideration for someone with Raynaud’s is whether or not the condition is primary or secondary.

Primary Raynaud’s isn’t associated with other connective tissue or autoimmune disorders. It tends to appear earlier in life and is usually harmless. Secondary Raynaud’s is accompanied by conditions such as lupus, scleroderma, or Sjogren’s syndrome. It tends to develop in middle age and poses the risk of long-term health consequences, such as ulcerations and, in rare cases, amputations.

“This is a very important distinction, because primary Raynaud’s is benign and a large fraction of the population has it; in the United States, it’s more or less 5 percent. When symptoms develop beyond age 30 or 40, then one should seek help from a rheumatologist, because this can be indicative of a more serious connective tissue disease," Caricchio said. "Secondary Raynaud’s combined with a connective tissue disorder can often be quite severe, so it’s not a good idea to be exposed to very low temperatures for a long time.

He emphasized that it’s still important for people with secondary Raynaud’s to get regular exercise inside the gym when it’s cold enough outside to trigger their symptoms.

For people like me who have primary Raynaud’s, outdoor exercise in cold weather is generally safe. While there is no cure for the vascular disorder, proper preventative measures go a long way to mitigate the frequency and severity of attacks. Caricchio stressed the importance of keeping your core as warm as possible, in addition to wearing proper gloves and socks to protect the extremities. 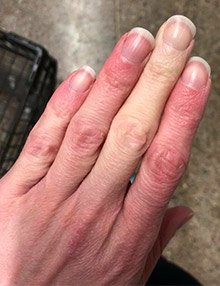 During a Raynaud’s episode, blood flow is temporarily lost to fingers, toes and other body parts, causing them to become white and numb. When the body warms and blood flow returns, the numb, white areas typically turn blue and red – and burn.

It’s a good idea to wear one more layer than you think you might need. You can also warm your clothes in the dryer before heading outside and upon returning home. If you do experience a Raynaud’s episode while you’re outside exercising, return inside when you can and warm yourself gradually.

“You want to avoid anything too hot, because if it’s too high of an increase in temperature it can actually make things worse. It’s good to drink a hot drink, but don’t expose your hands to a stove or heater, because then you risk going from the closure of these capillaries during vasospasm to excessive dilation, or Chilblains,” said Caricchio.

Often, vasospasm can be triggered in environments that are indoor and relatively warm compared to frigid winter air. Dr. Peter Merkel, chief of rheumatology at the Hospital of the University of Pennsylvania, has been studying the disease for more than 20 years. He sees many patients whose Raynaud’s is frequently aggravated by trips to the grocery store.

“All it takes is a sudden temperature change, even in the summer; if you’re not dressed for the cold and you go into a cold place, that can be a trigger,” he said.

Spectators of fall and winter sports are also at risk for experiencing vasospasm.

“It’s not just about the intensity of the cold; it’s about the duration you’re outside and how you dress,” Merkel said. “So if you go out running, you’re generating body heat, but you also might not be wearing enough. If you’re at a football game, you’re just sitting, you’re not getting good blood circulation, and you’re just cold, even if you’re wearing more clothing.”

Merkel also stressed the importance of distinguishing between primary and secondary Raynaud’s. Complications due to primary Raynaud’s are extremely rare, and people with the condition generally become experts at self-regulating themselves, learning their thresholds and not exceeding them. Symptoms of primary Raynaud’s usually remain consistent throughout a person’s lifetime, and though the phenomenon is more commonly seen in colder climates, there is no scientific evidence to suggest that cold exposure causes the condition.

If you’re cresting middle age and suddenly start experiencing numbness and burning in your extremities from the cold (especially if you have an autoimmune disease or connective tissue disorder), it’s important to consult your physician before exercising or spending extended time outdoors. But if, like me, you’ve experienced primary Raynaud’s since childhood, it might be worth it to exercise outside, even if it’s uncomfortable.

Enduring extreme weather conditions is part of what makes running such a worthwhile pursuit. It’s nice to log climate-controlled miles inside on the treadmill. But, with many winters of running under my belt (and four or five layers of clothing, of course), I believe the most satisfying runner’s high can be achieved when the temperatures are bitterly low.